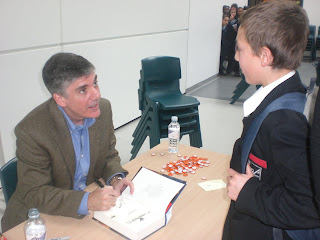 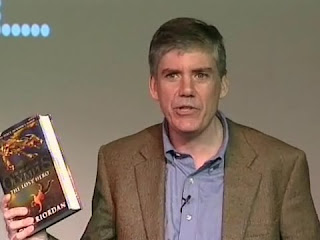 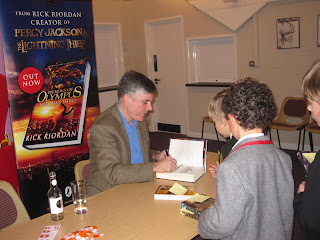 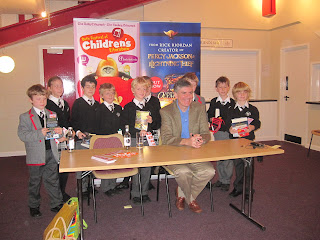 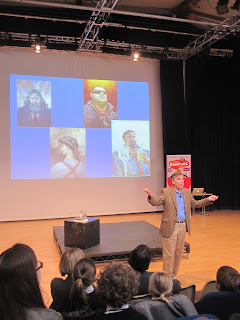 The UK tour continues! Tuesday I visited the American School in London and did my simulcast “Rick Riordan Virtually Live” from Forest Hill School. The webcast is now available to watch, so check it out!

Wednesday I was up early and on the train to Bath, one of my favorite cities. We had two very nice school visits and had a little time to walk through the city center as well. You can see some pictures of the visits above. Thanks to Gill, our guide for the day, who also oversees the Bath Book Festival. Everything went very smoothly, thanks to her! Then it was off on the train to the north of England.

Thursday I visited schools in Preston and Lancaster – both excellent visits with lots of excited kids. Thanks especially to Silverdell Books, who hosted the morning visit. Apparently, they make their own ice cream at the shop, but alas I didn’t get to visit. They sometimes make flavors in honor of their visiting authors. If I get my own recipe, I’ll let you know! Then I headed back to London.

Yesterday we went south and visited Eastbourne and Lancing. We couldn’t see the sea, as the day was cold and rainy, but the seagulls were everywhere, and even decided to participate in my afternoon talk. A flock landed on the roof of the sports hall and started cawing extremely loudly. At first I thought all the kids were squeaking their shoes, but it was just the gulls. I suppose Poseidon was sending them to tell me, “Stop doing presentations and get back to writing!” Indeed, I had a nightmare that night that I was forced to sign 15,0000 bookplates, which is probably close to the number of books I’ve signed this month. That’s a good indication it’s time to stop touring and get back to writing! Last night was Bonfire Night, but we left the southern coast before things got crazy with fireworks and burning Guy Fawkes in effigy. Here in central London, things were quiet – or as quiet as it ever gets Friday nights.

Today I was supposed to do a radio show on the BBC but the network is having a strike so I got the sleep late. Awfully accommodating of them! Later I have my two public signings at Waterstones Bluewater and Waterstones Bromley. I’ll let you know how they go!