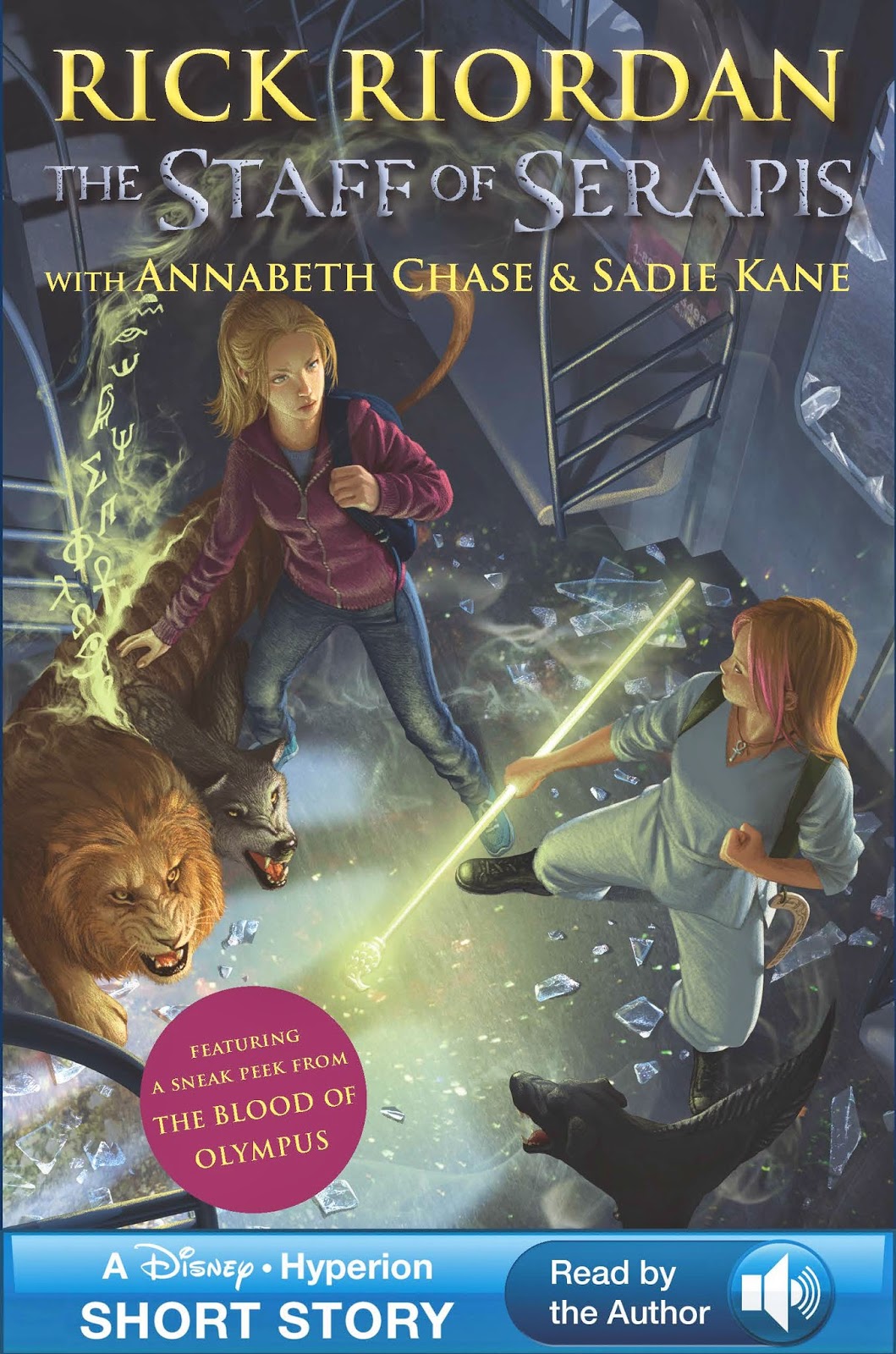 The Staff of Serapis, a sixty-page crossover story featuring Annabeth Chase and Sadie Kane, is available starting Tuesday, April 8, in the back of the newly released US paperback edition of The Mark of Athena!

The story will be available in e-formats, with the cover above, on May 20. The e-format will also include the first sneak peek of The Blood of Olympus, and if you buy the version with the audio bundled in, you will get to hear me narrating.

Q. Why can’t you release The Staff of Serapis as a single print book, rather than bundling it with Mark of Athena?

Because the story was written specifically to promote the paperback release of Mark of Athena. Also, printing and shipping a sixty-page story by itself would be prohibitively expensive. It would end up costing the same as the Mark of Athena paperback anyway, so you might as well get the whole bundle if you want it in print!

Q. Why do I have to buy the e-single of The Staff of Serapis to read the Blood of Olympus preview?

The preview is included here first as an extra treat to thank you guys who bought The Staff of Serapis. The preview will be available for free, online, later in the summer.

Q. When is this story available in other countries?

I don’t know! As always, I really only get information about the U.S. market. The story has been sold into most other markets, however, so you will see it eventually in one form or another. Ask your local bookseller, or the publisher in your country. They might have more information.

I hope you guys enjoy The Staff of Serapis!