We got to go to the tree lightning ceremony at the Metropolitan Museum last night. Ironically, I took no pictures of the tree, but we did have fun exploring the place at night, when it is almost empty. 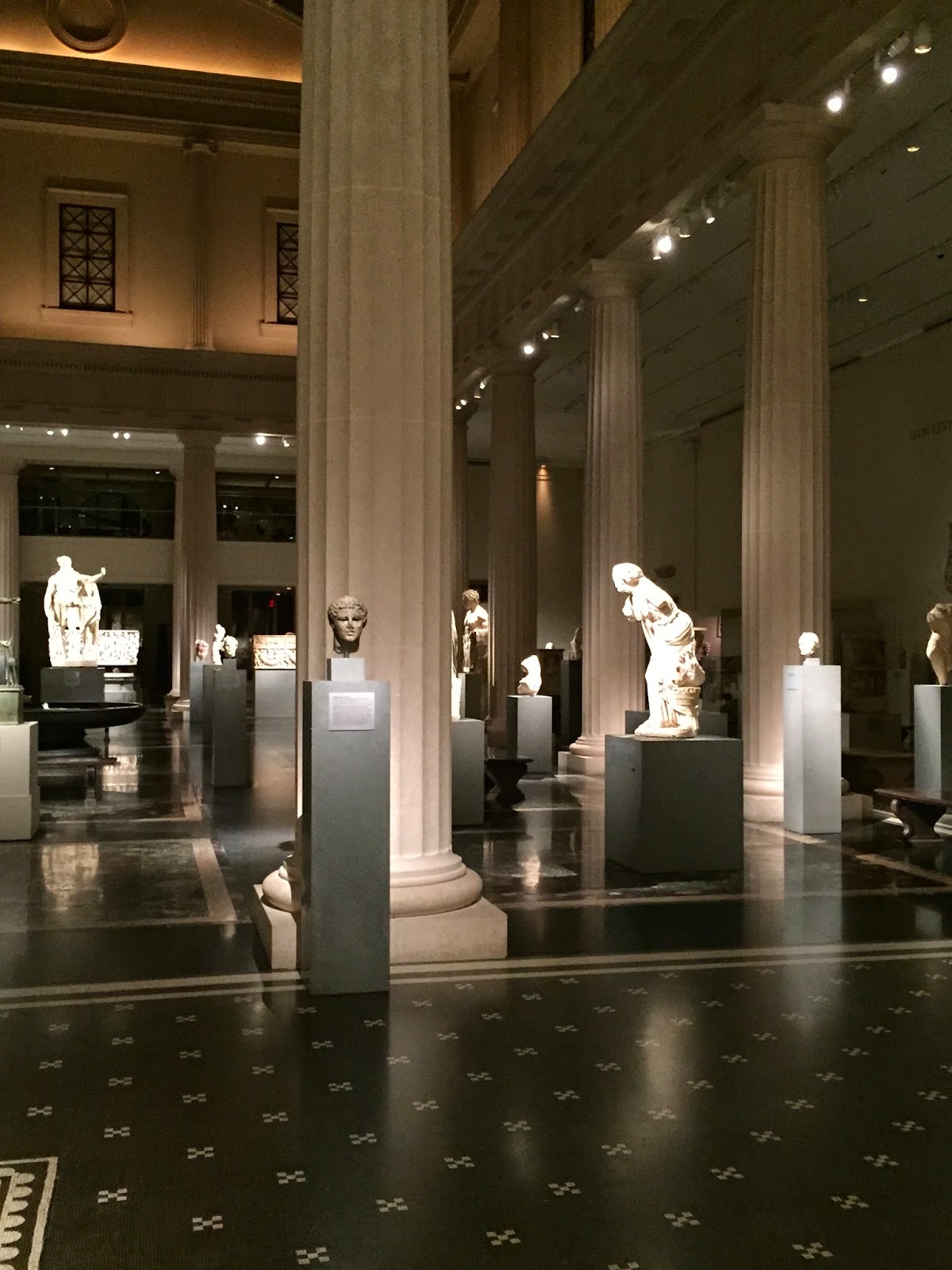 The Greek and Roman collection at night — creepy and cool! I can imagine the conversations these statues have when no one is around.

Apollo: My arm is so tired. Why am I pointing? Two thousand years and I don’t even know what I’m pointing at.
Daphne: Stop complaining! At least you’ve still got arms!
Apollo: Arms to hug you with, baby.
Daphne: OMG. Can I please be moved to another room? 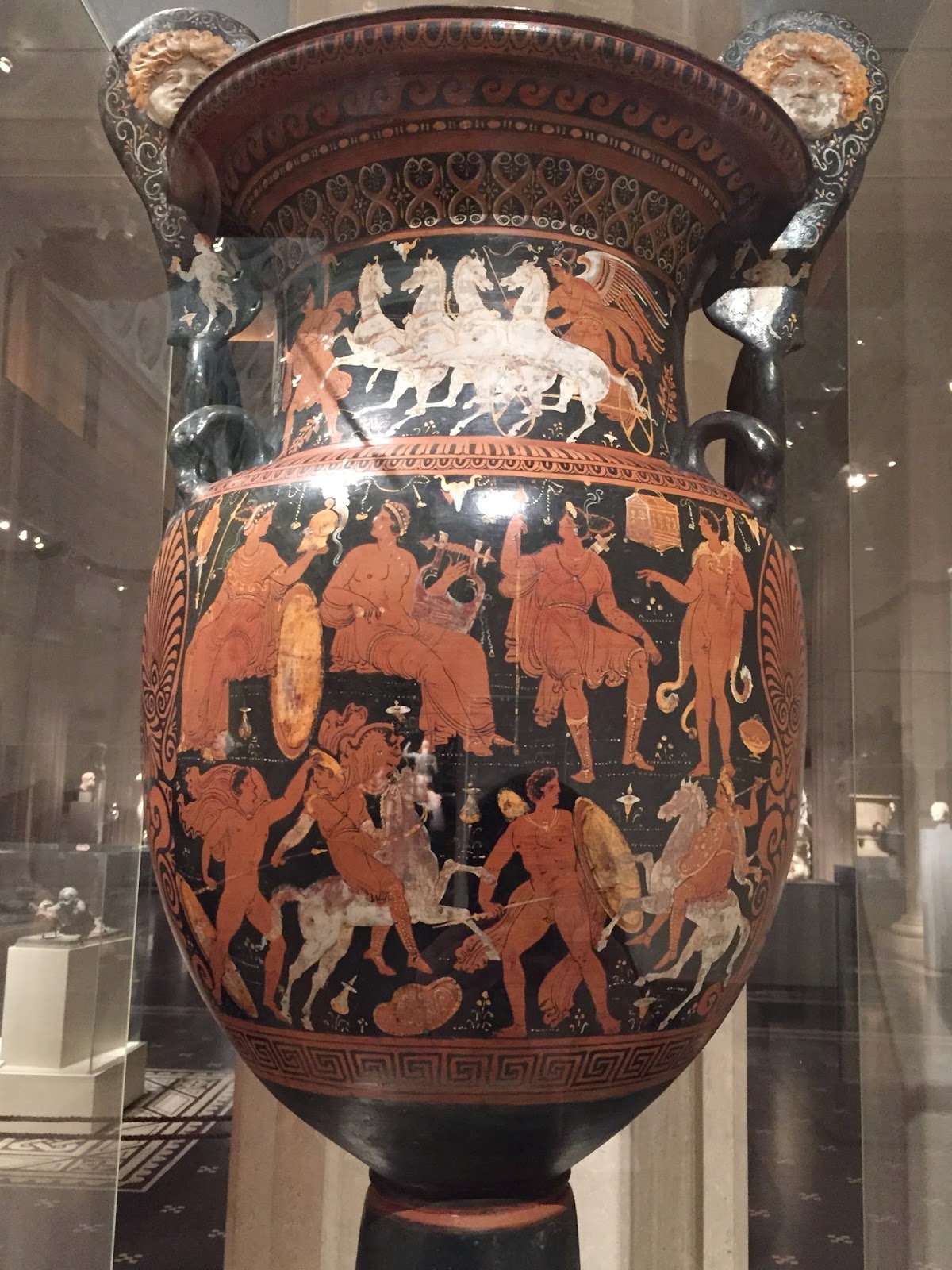 A super-sized McShizzle of a Greek vase. The bottom row of figures shows the Greeks fighting the Amazons. The middle row shows the gods, who are apparently body-surfing over the battle. Those Olympians have a strange idea of fun. 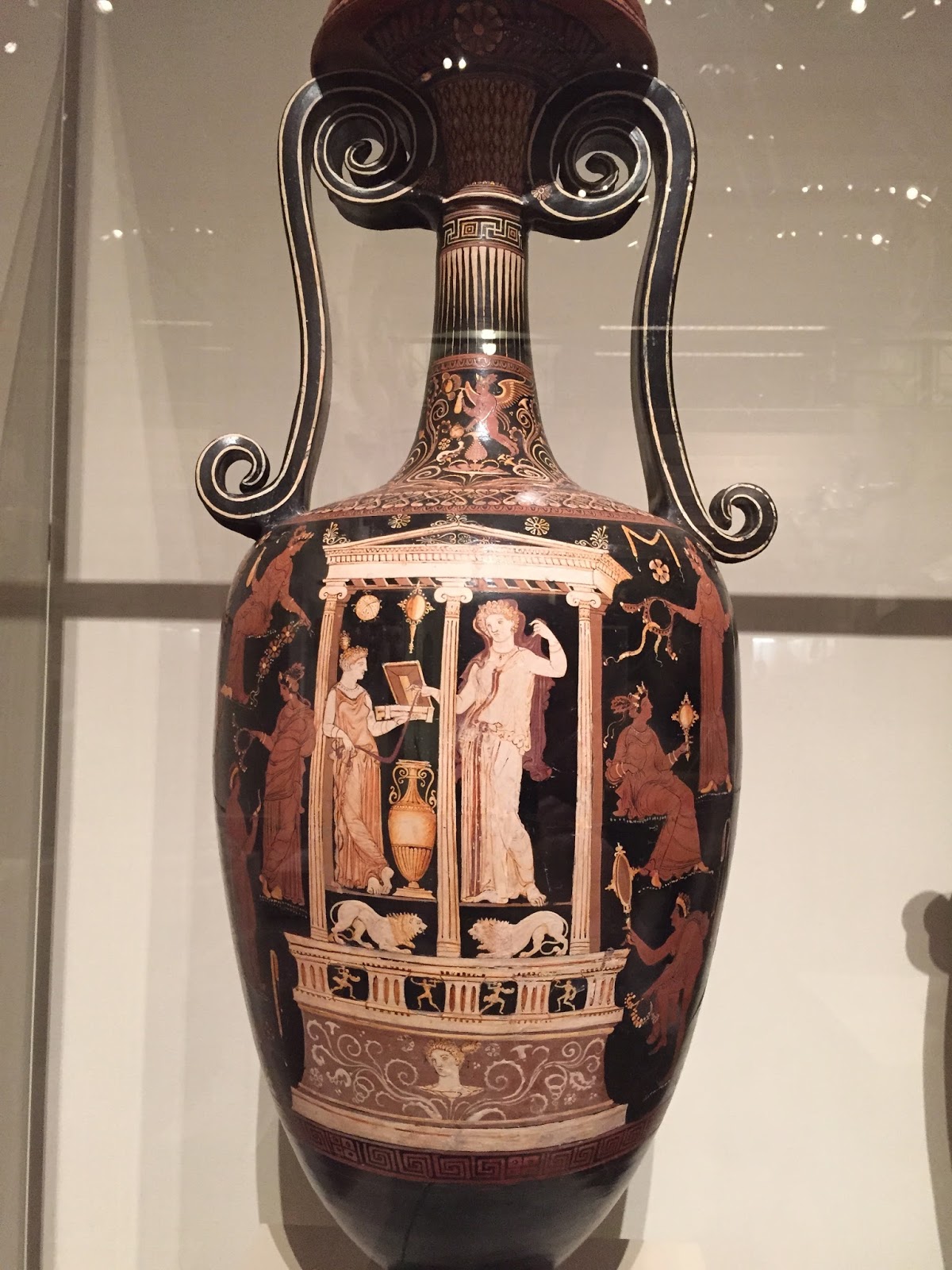 This vase appears to show a servant bringing her mistress an early model of laptop computer. Judging from its size and clunky appearance, I’m guessing it is a first-generation Microsoft Surface. (Okay, no, Actually, it’s a jewelry box.) Note the lions at their feet. Because domestic house lions were totally a thing back then. 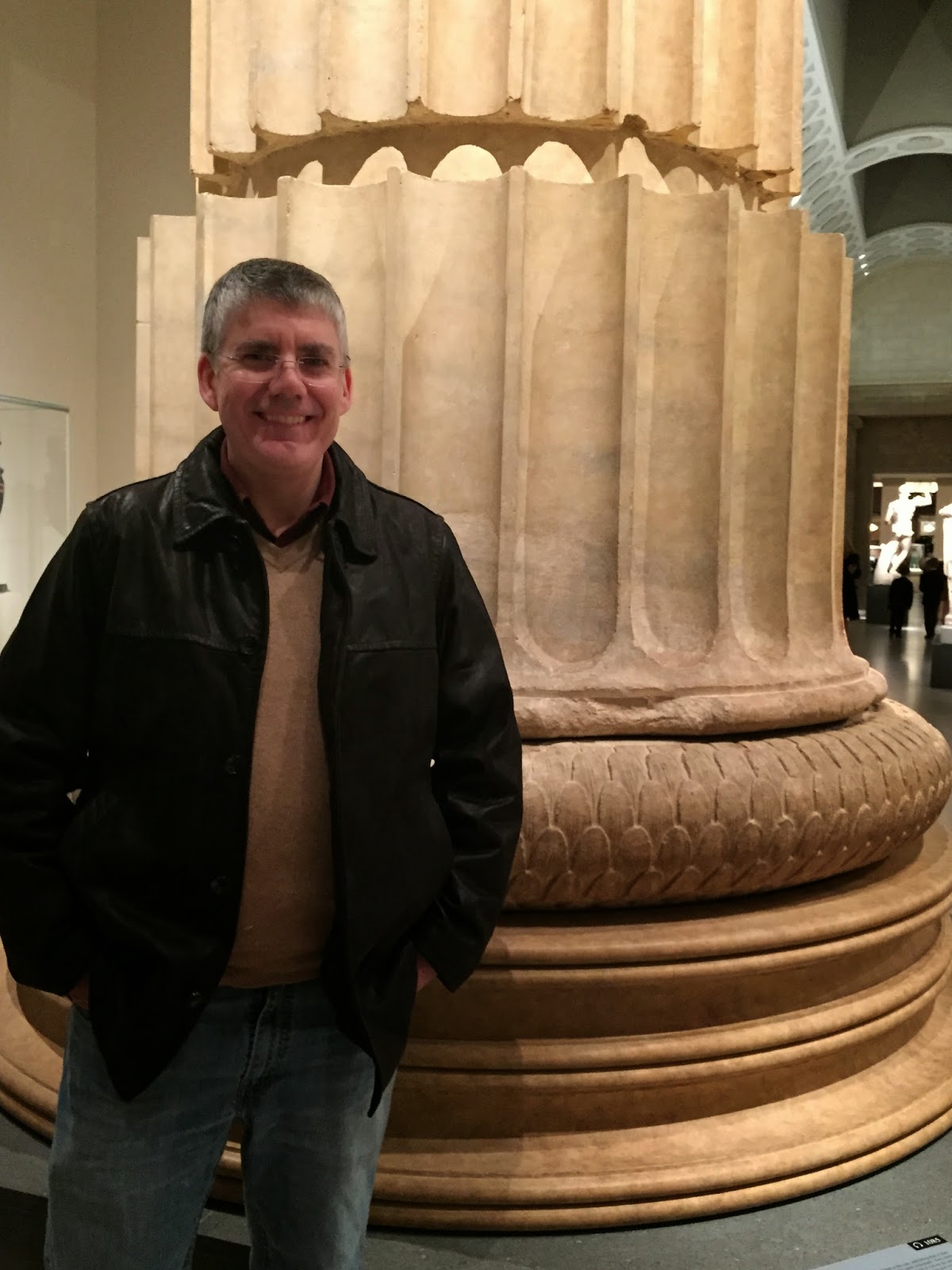 This is me with a column from the temple of Artemis. That’s just one column. It’s as big as a redwood trunk. I would hate to see the front door. 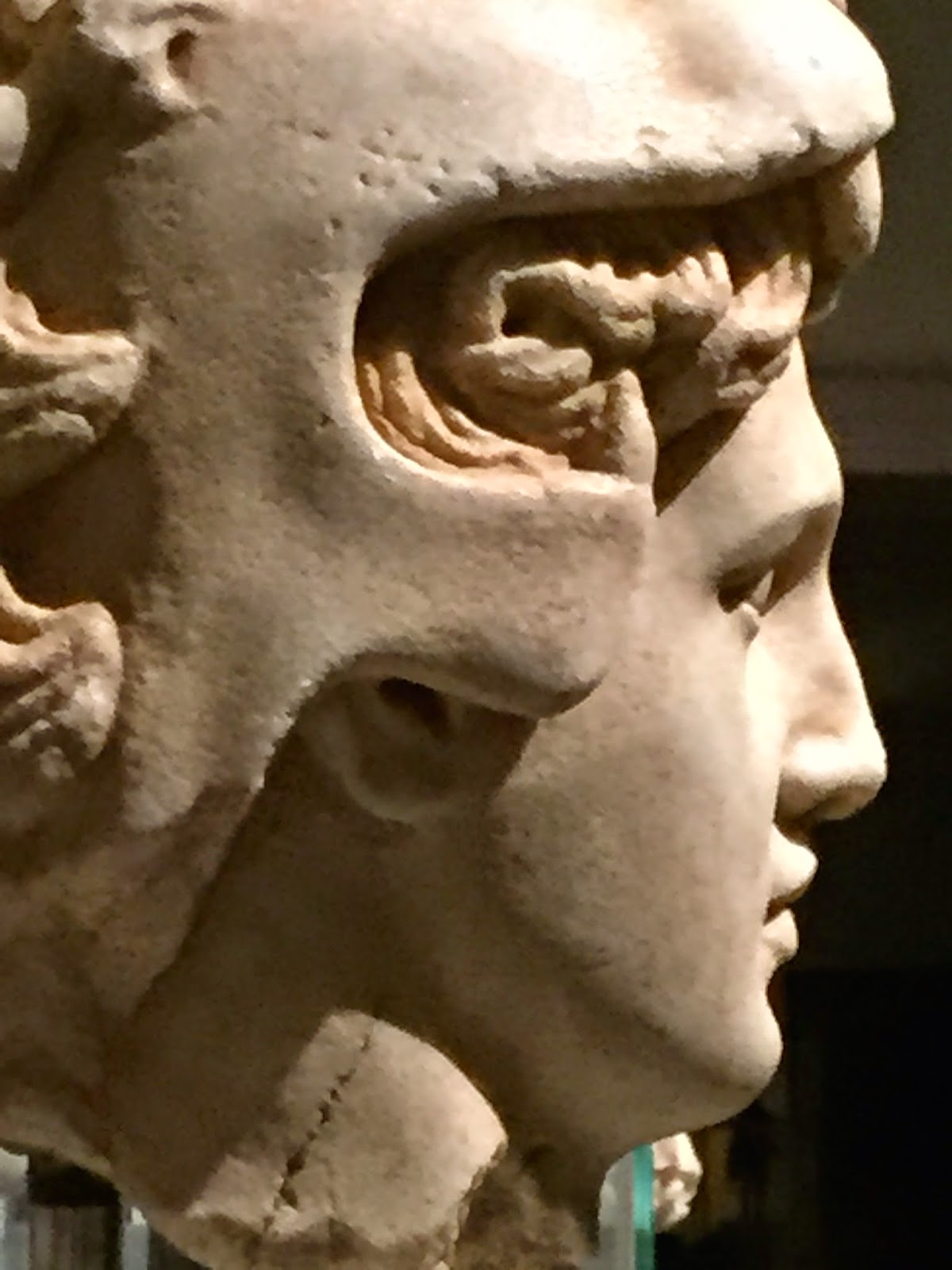 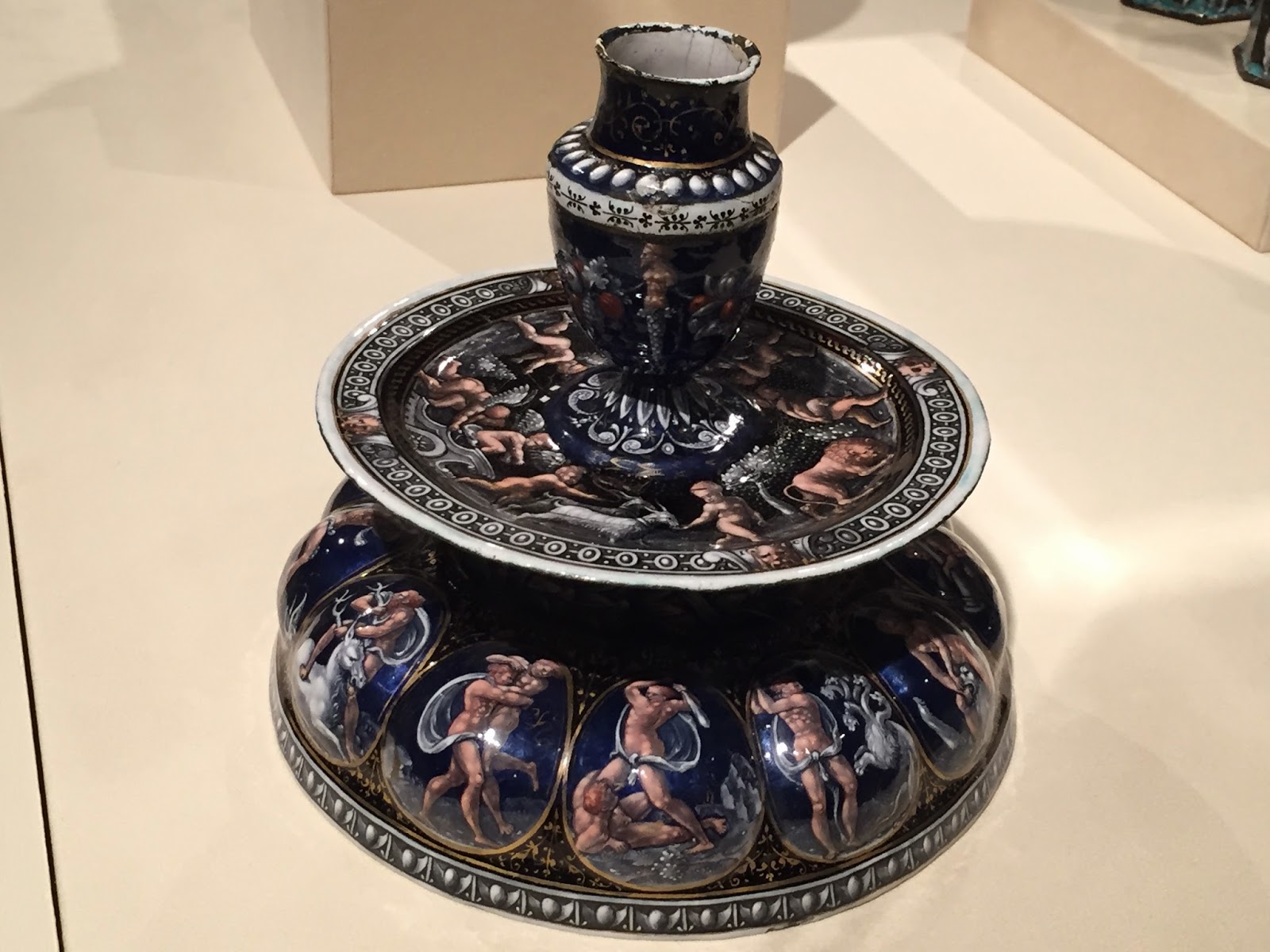 This is from Renaissance France. Somebody had extra time on their hands, so they figured, “Oh, I will just paint all twelve labors of Hercules . . . on a CANDLESTICK.” Done by hand, in super-miniature, this must have taken forever. 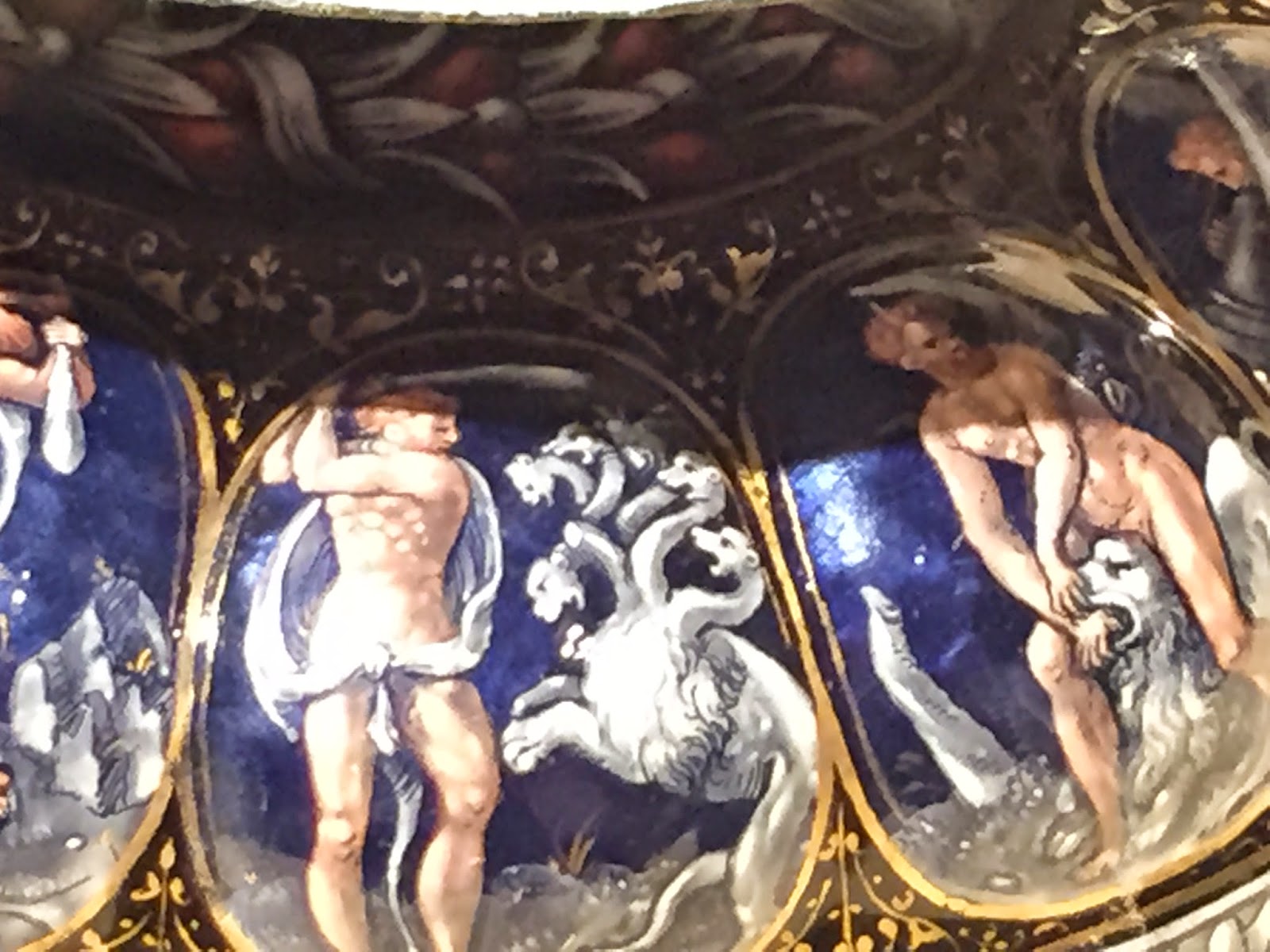 Candlestick Hercules fighting the Candlestick Hydra. On the right, he appears to be riding the Nemean lion piggyback style, naked, of course, because that is the correct way to fight dangerous monsters. 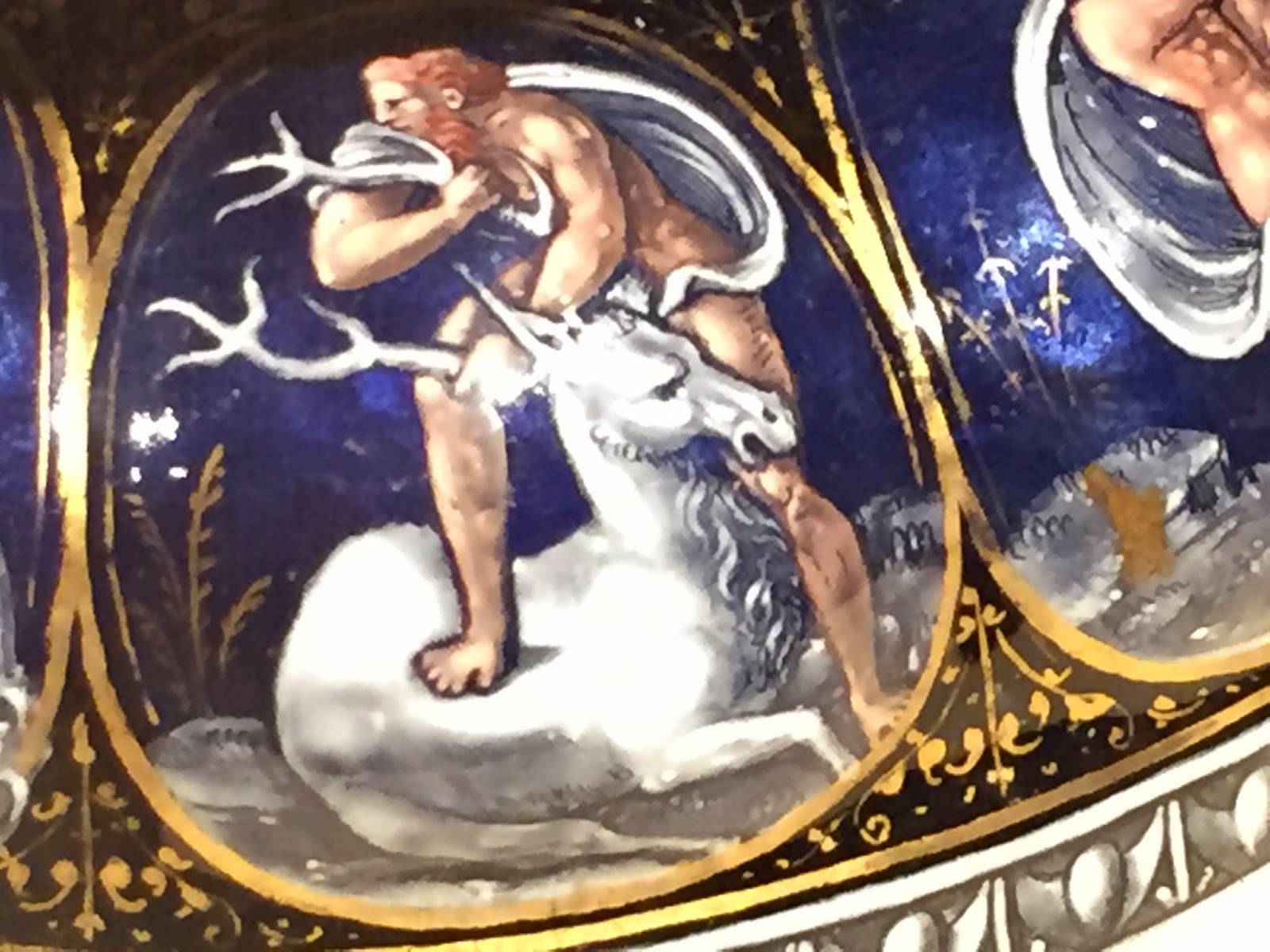 Hercules wrestles the Candlestick Ceryneian Hind. Again, fighting a monster with long pointy antlers while wearing no clothes. What could possibly go wrong? 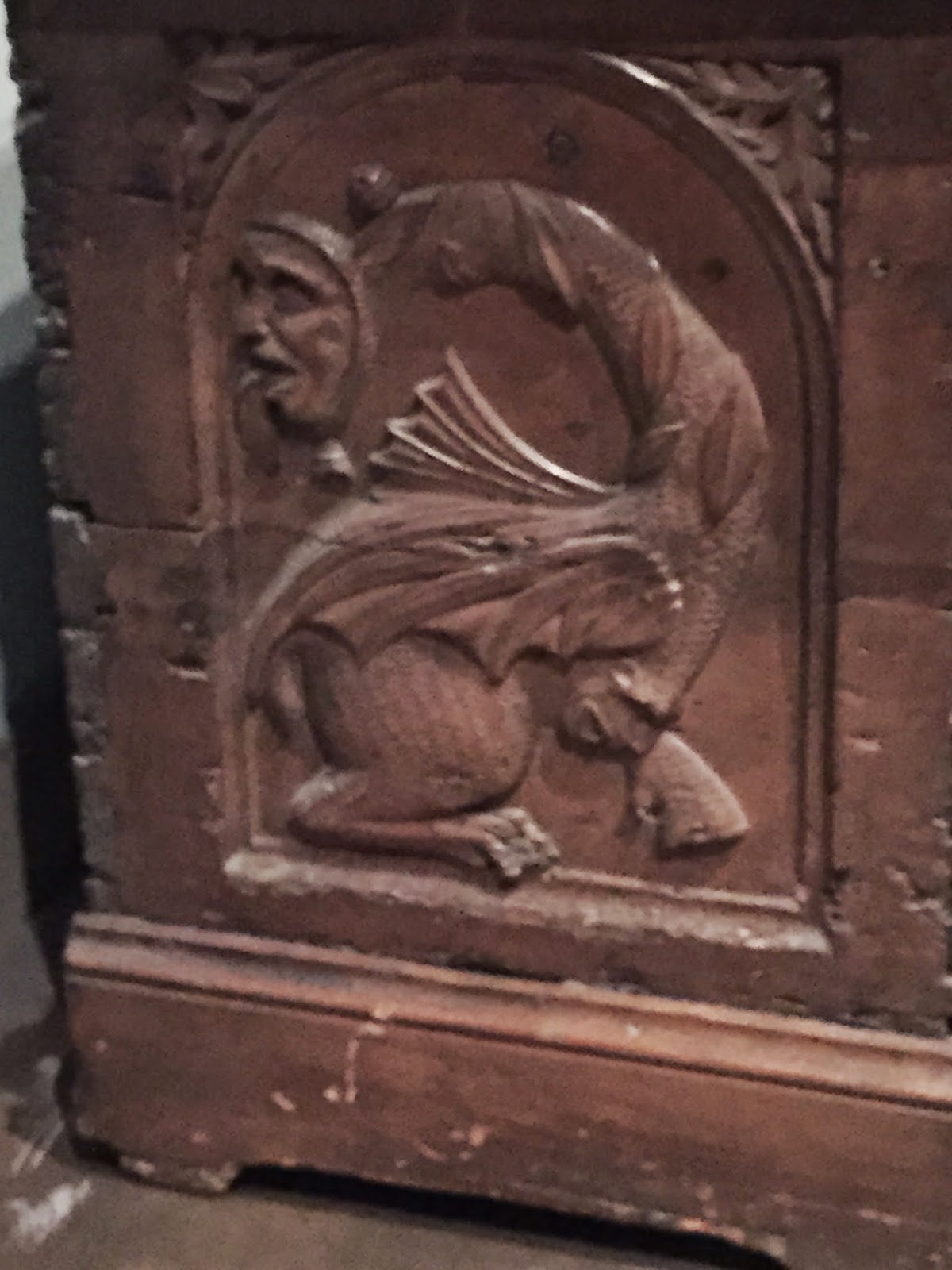 Found this creepy dude carved on the side of a medieval chest. What the Hades? Those medieval guys had a twisted imagination. I like it! 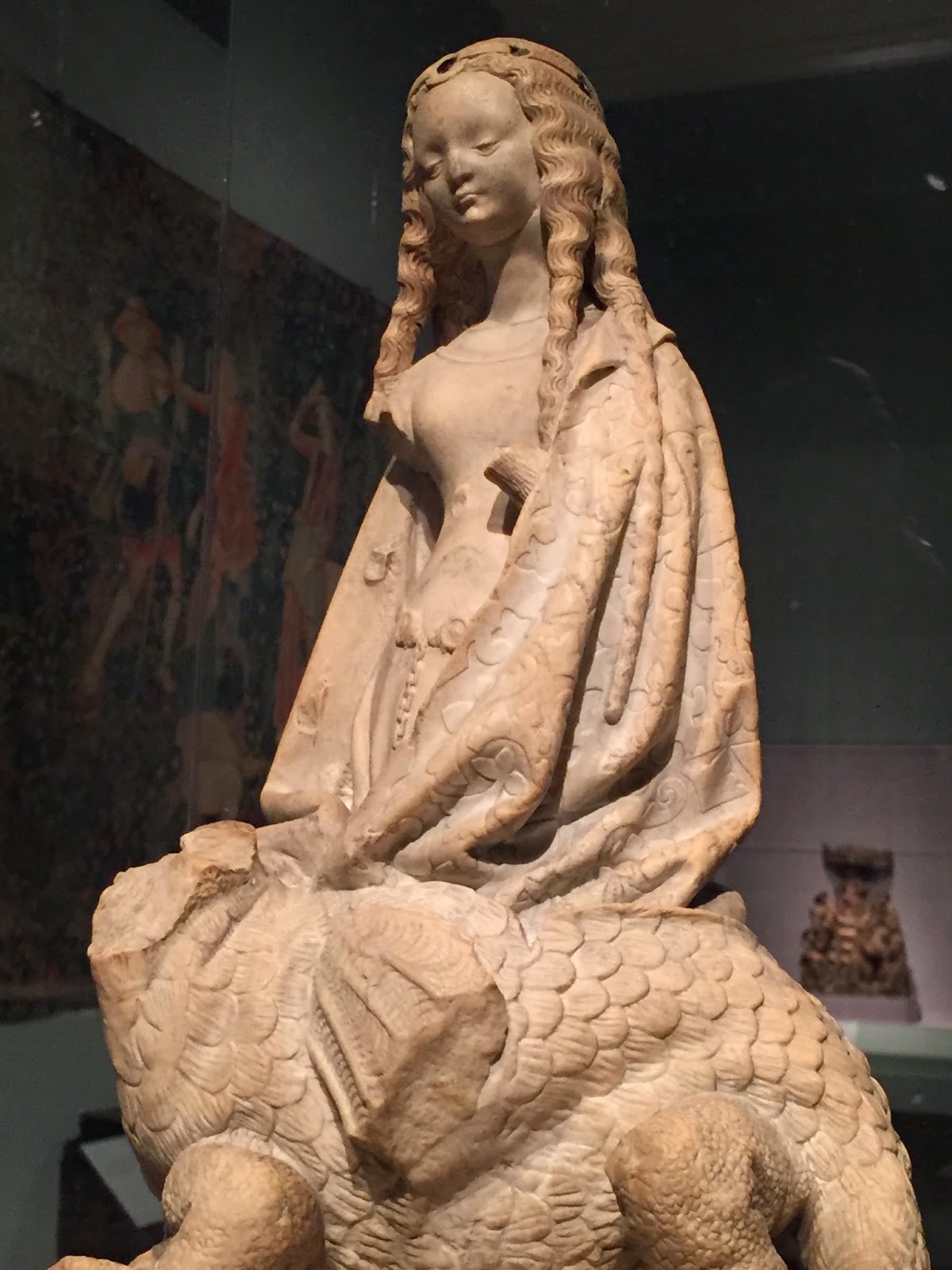 A medieval saint, Margaret of Antioch. I’d never heard this story, but those saints were basically the demigods/mythological heroes of the Middle Ages. This lady was swallowed whole by a dragon, but she made the sign of the cross with some serious Jedi light saber moves and burst out of the dragon’s body unharmed. She then became the patron saint of pregnant women and all characters from the Alien movie franchise. 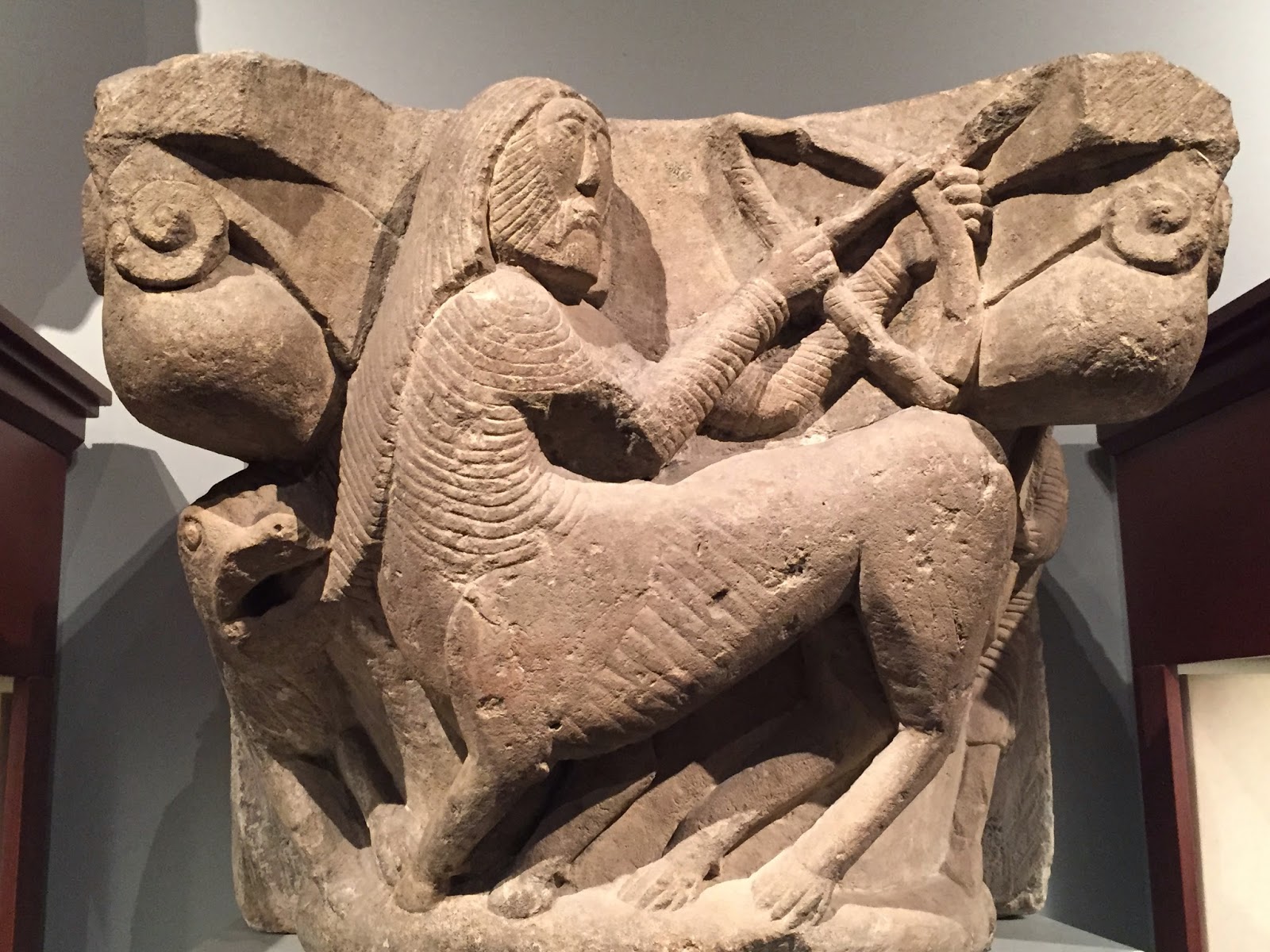 A centaur on a medieval column. See? Those guys stuck around for centuries. This pony looks like he might have been partying too much. “I will shoot you with this bow . . . *hick* . . . just hold still.” 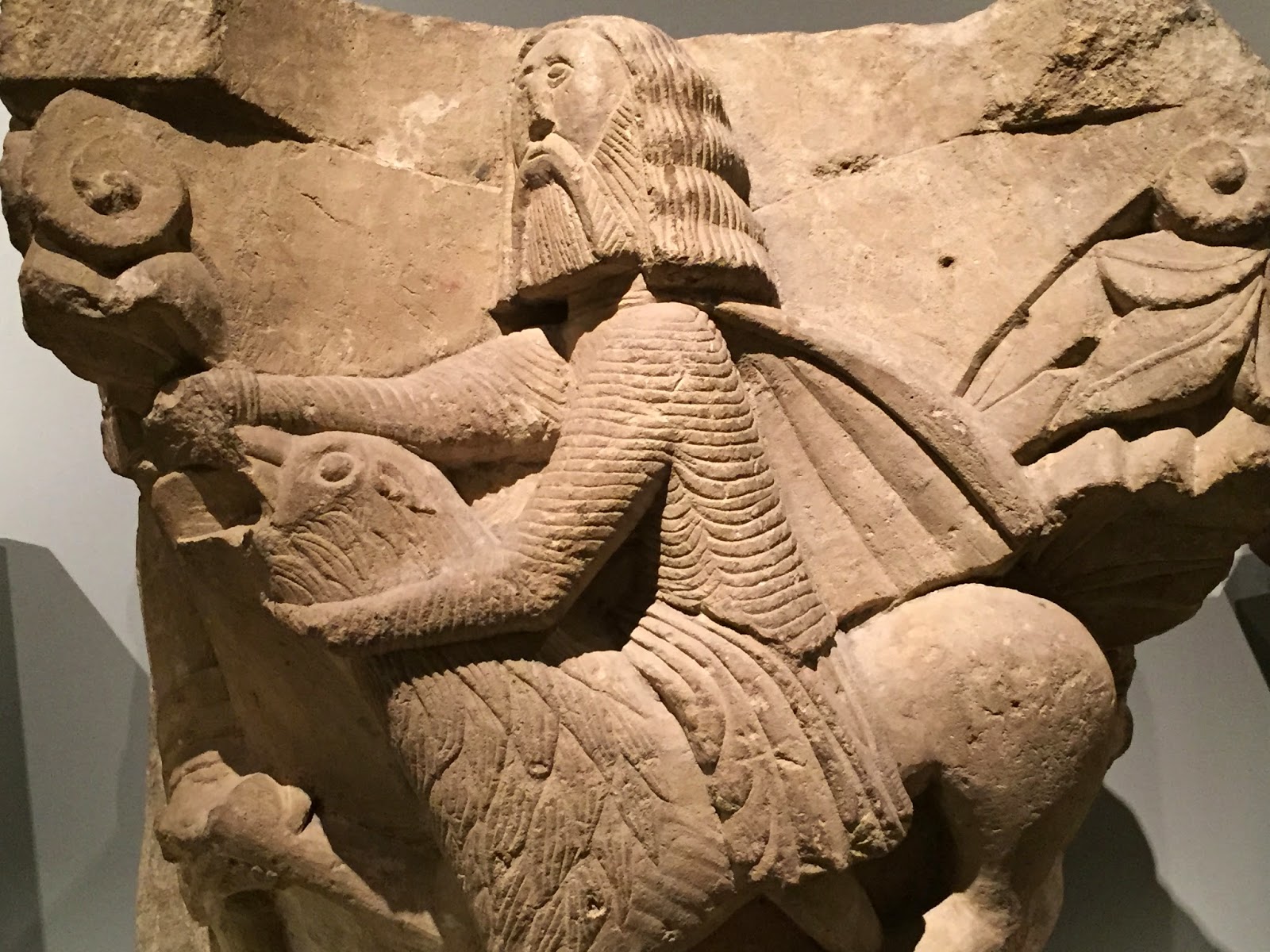 All in all, a good trip! Every time I go, I find more cool stuff. If you get a chance to visit the Met, you should! See if you can find some of the stuff I saw. 😀