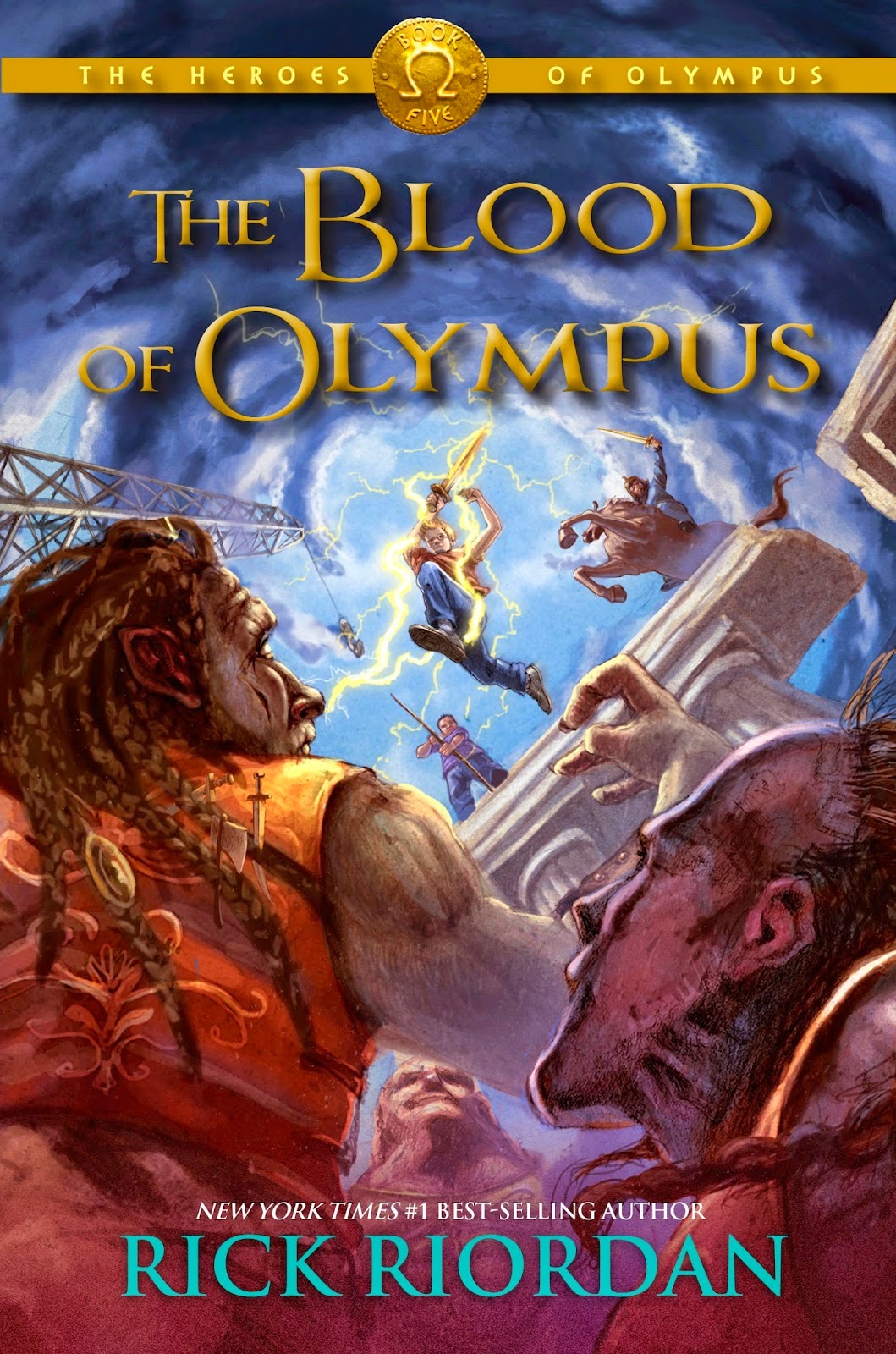 The date is almost upon us! Below is the press release from Disney Publishing about the first printing for Blood of Olympus. Three million copies . . . that’s a lot.

National Laydown for Print and Digital is Tuesday, October 7, 2014

NEW YORK–(BUSINESS WIRE)– Disney Publishing Worldwide (DPW) announced today a 3 million copy first printing of The Blood of Olympus, the fifth and final book in the New York Times #1 best-selling Heroes of Olympus series by Rick Riordan. The Blood of Olympus simultaneously releases in hardcover and as an eBook from Disney Publishing’s Disney-Hyperion imprint, and as an audio version through Listening Library on October 7, 2014. More than forty million books are currently in print in the U.S. across Riordan’s three series from Disney-Hyperion: Percy Jackson & the Olympians, The Kane Chronicles, and The Heroes of Olympus. The books have been translated into 37 languages in 36 countries.

As The Blood of Olympus opens, the Greek and Roman crewmembers of the Argo II have made progress in their many quests, but they still seem no closer to defeating the earth mother, Gaea. Her giants have risen—all of them, and they’re stronger than ever. They must be stopped before the Feast of Spes, when Gaea plans to have two demigods sacrificed in Athens. She needs their blood—the blood of Olympus—in order to wake. The demigods are having more frequent visions of a terrible battle at Camp Half-Blood. The Roman legion from Camp Jupiter, led by Octavian, is almost within striking distance.

“The battle intensifies between Camp Half-Blood and Camp Jupiter, and Gaea’s thirsty for blood,” said Suzanne Murphy, vice president and publisher, Disney Publishing Worldwide. “Filled with his usual edge-of-your seat excitement, Rick brings the action-packed Heroes of Olympus to an electrifying finale. It’s undoubtedly the best of his best.”

In support of the release of The Blood of Olympus, Riordan will embark on a multicity tour across the U.S. beginning on the national laydown date, October 7. Exclusive “Camp Half-Blood” and “Camp Jupiter” T-shirts, tattoos, hats and wristbands will be given out at each stop.
The Blood of Olympus Tour*:

*NOTE: All stops on the tour are sold out, and tickets for the Barnes & Noble Ventura show on October 14th will be given out on a “first come, first served basis” the morning of the event.

Rick Riordan is the author of the award-winning New York Times #1 best-selling Percy Jackson & the Olympians series. In 2010 he launched two all-new series that both debuted at #1 on multiple best-seller lists: The Kane Chronicles and The Heroes of Olympus. He lives in Boston, Massachusetts, with his wife and two sons. For additional information about Rick, visit www.RickRiordan.com.