So I took a quick trip to New York to sign books at the Disney offices. While in town, we visited the Metropolitan Museum of Art to say hello to Percy’s old stomping grounds. No sign of Mrs. Dodds or the field trip from Yancy Academy, but we did run into some old friends: 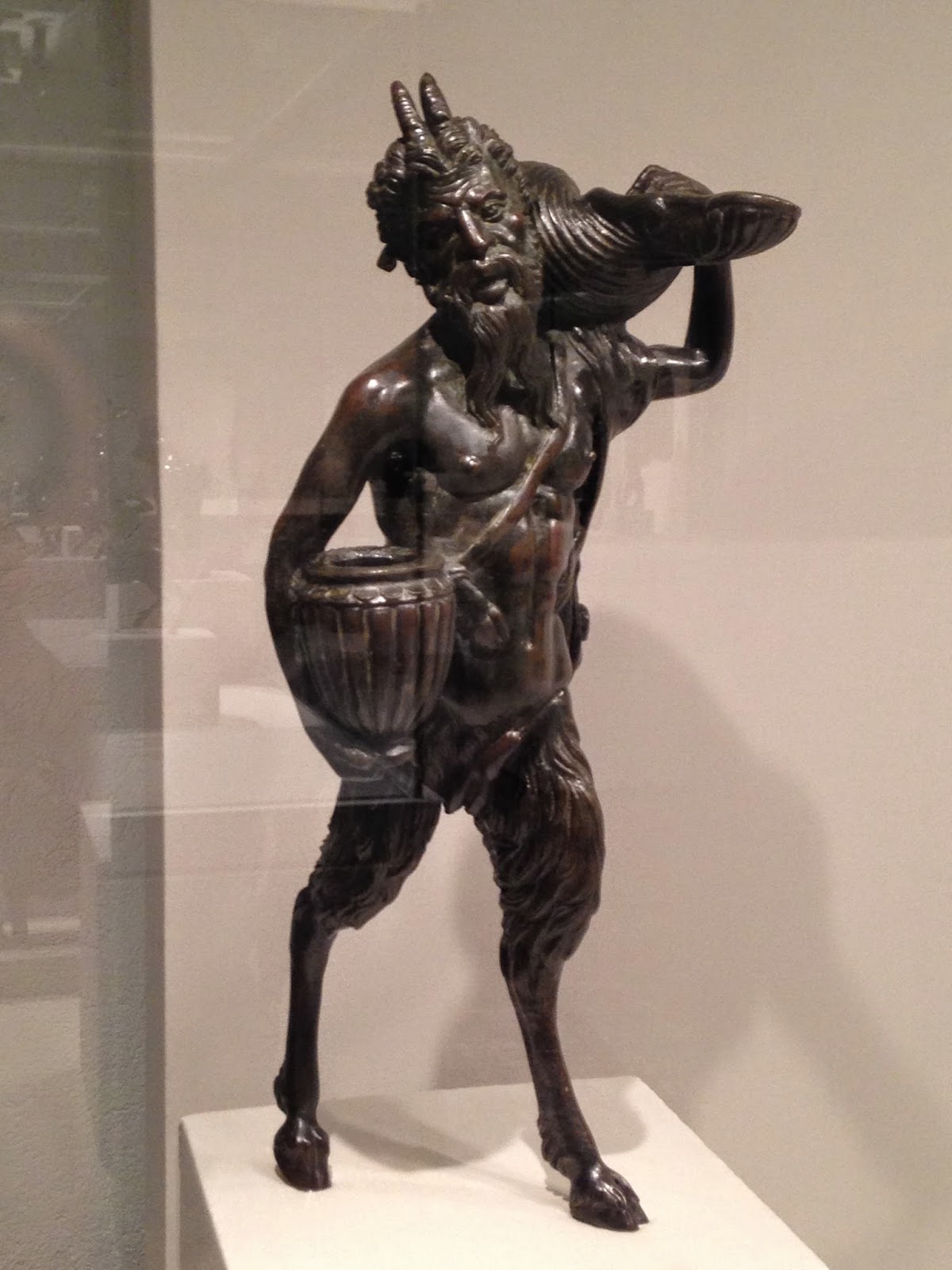 Uncle Ferdinand, is that you? Well, it’s one of Grover’s satyr relatives, anyway, cast in bronze from Ancient Greece. 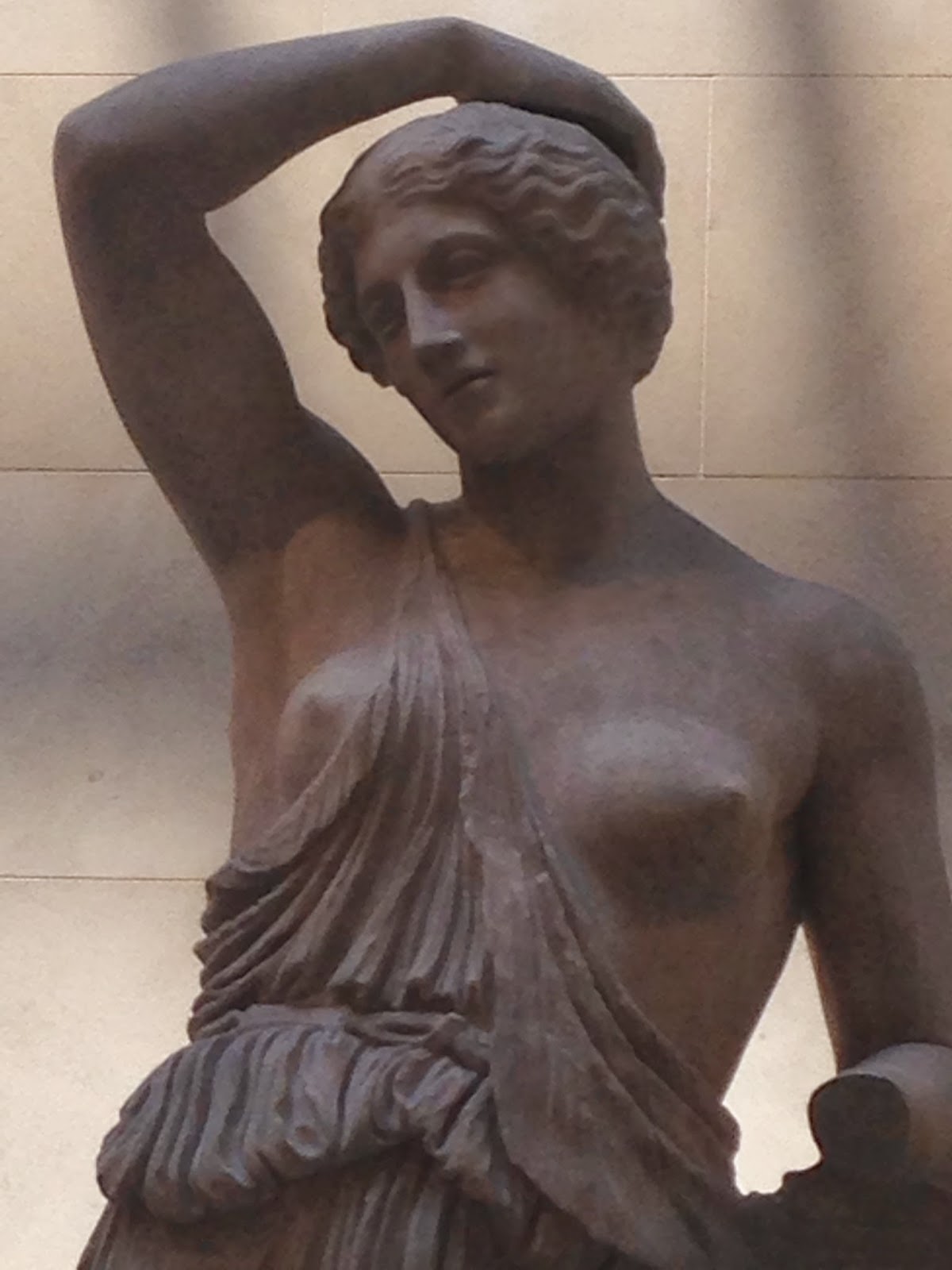 This lovely statue is labelled “A Wounded Amazon.” She’s missing one hand and is having a wardrobe malfunction, but if she’s wounded otherwise she doesn’t look unhappy about it. Unfortunately because of her damage, this Amazon is no longer able to offer free two-day shipping. 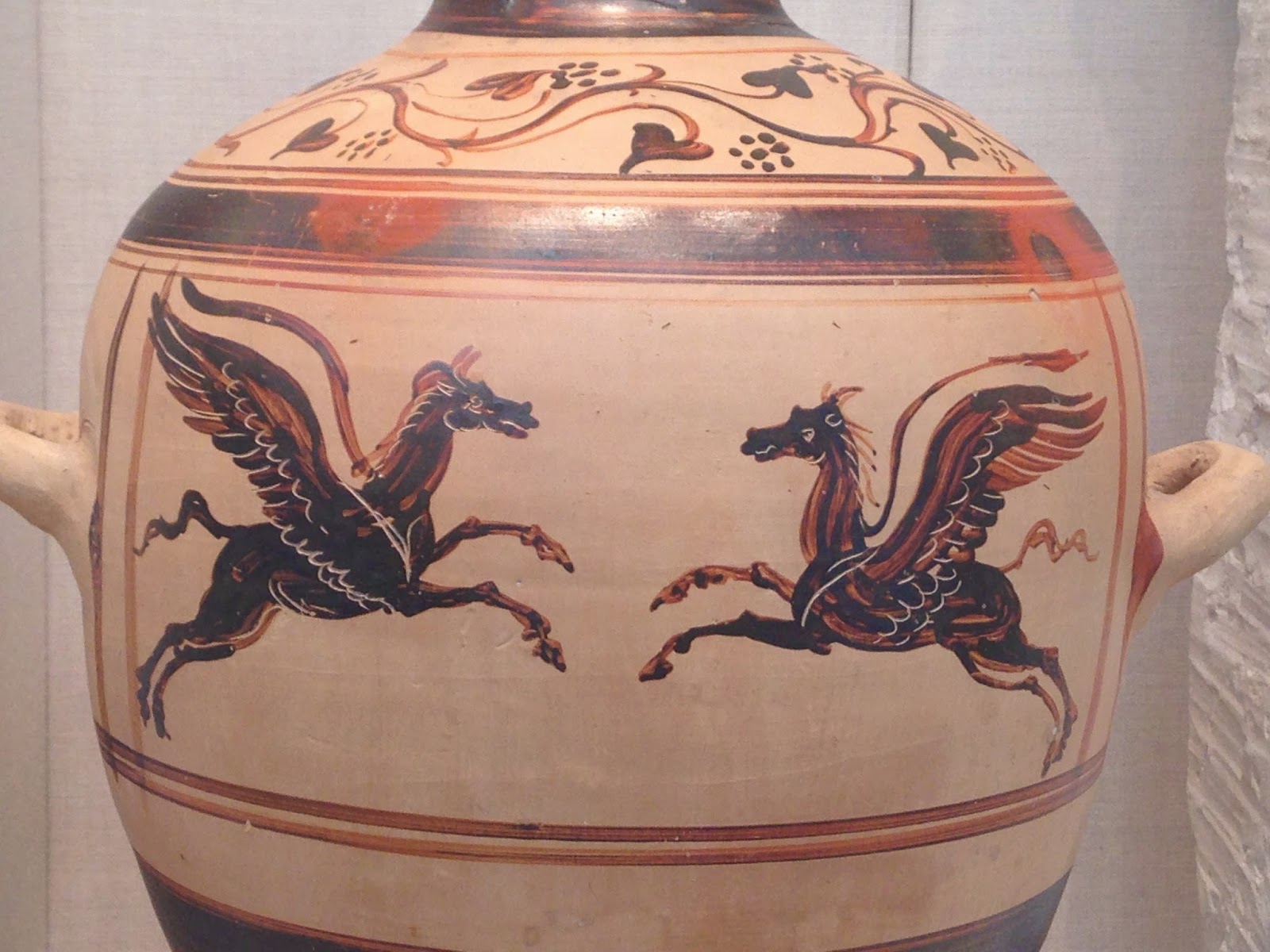 Pegasus meets pegasus! See, I didn’t make up the idea that pegasi can be black. I think maybe these are Blackjack’s great-great-grandparents. 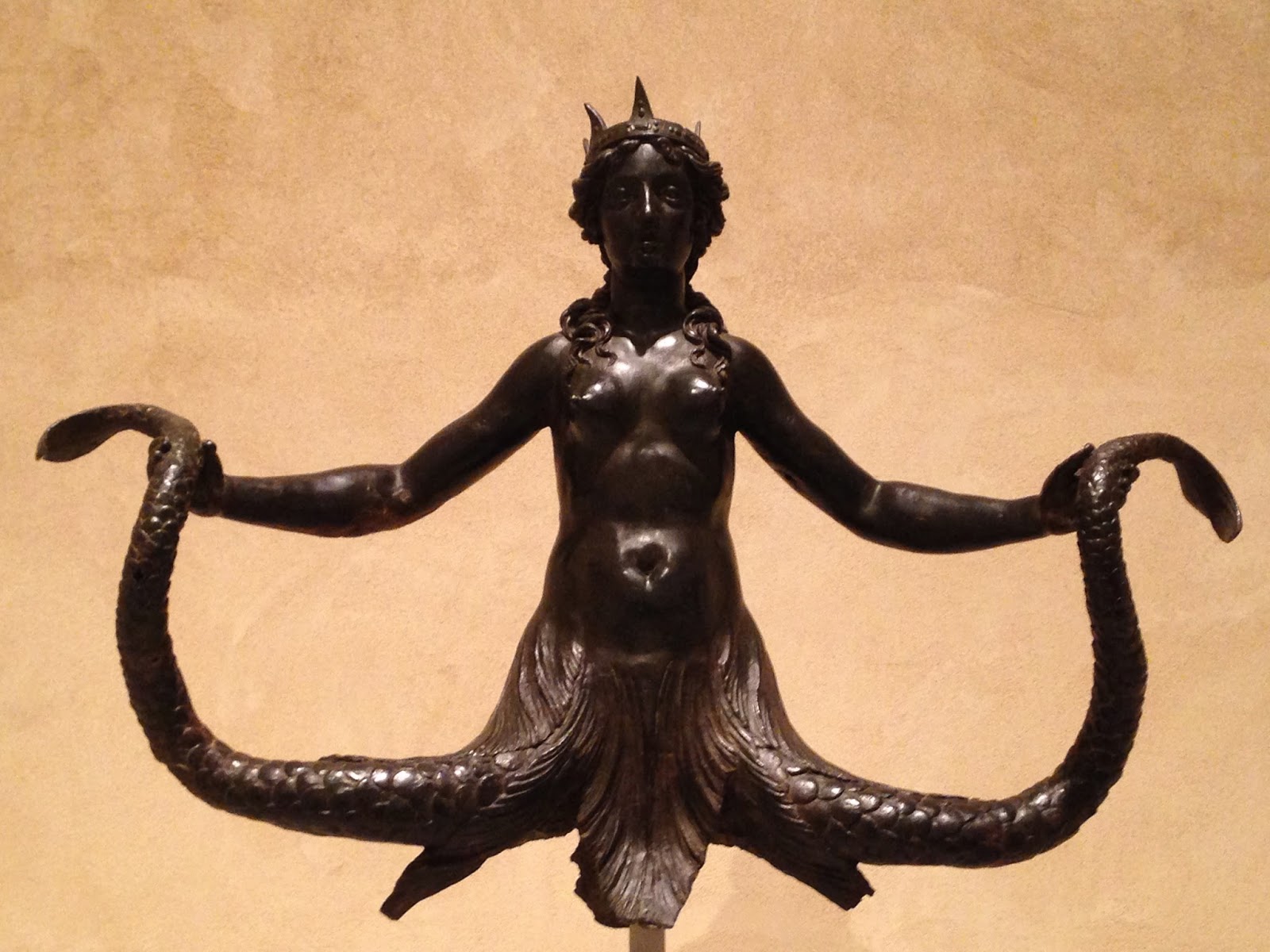 This is a bronze siren from Renaissance Italy. Two serpentine fish tails means she’s exceedingly good at doing the splits. 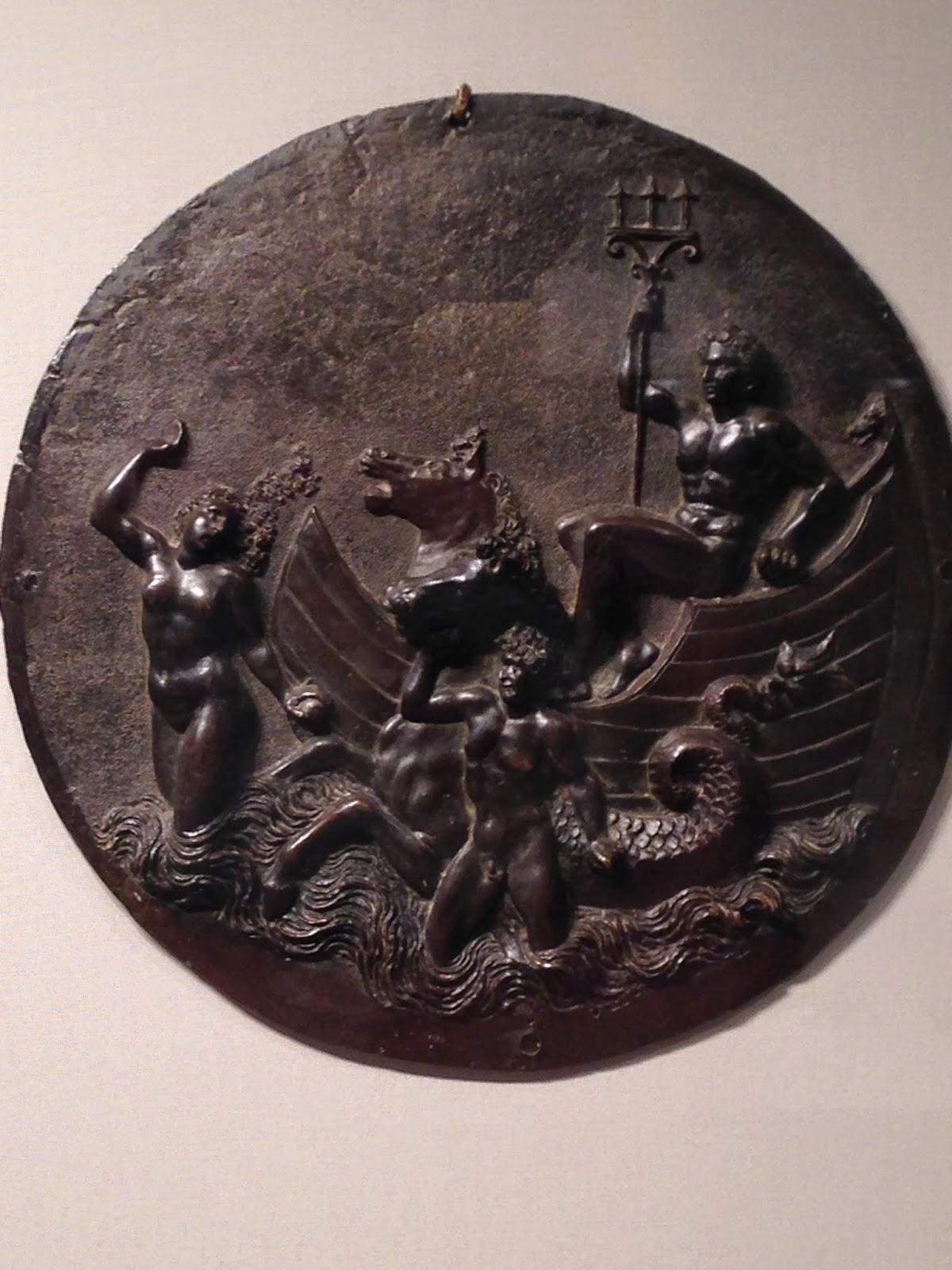 A cool bronze medallion from Venice called ‘The Triumph of Neptune.’ I wonder if Frank saw something like this when he was in Venice. Hmm … he was probably too busy killing poison cows. 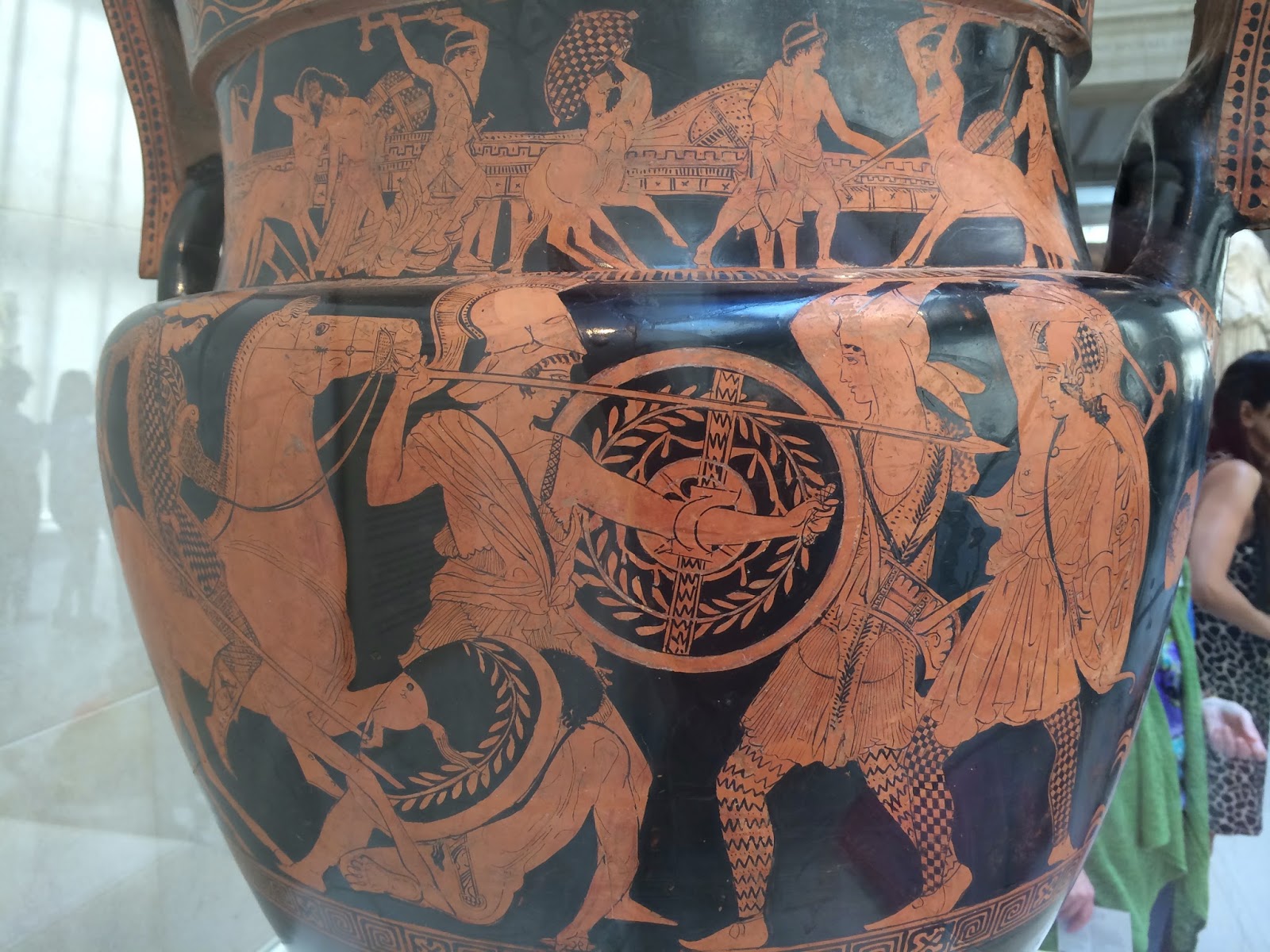 This vase depicts a battle between the Greeks and the Amazons. Maybe that’s how the Amazon lady above got wounded.I guess the Greeks weren’t big fans of online shopping, because they had lots of wars with the Amazons. 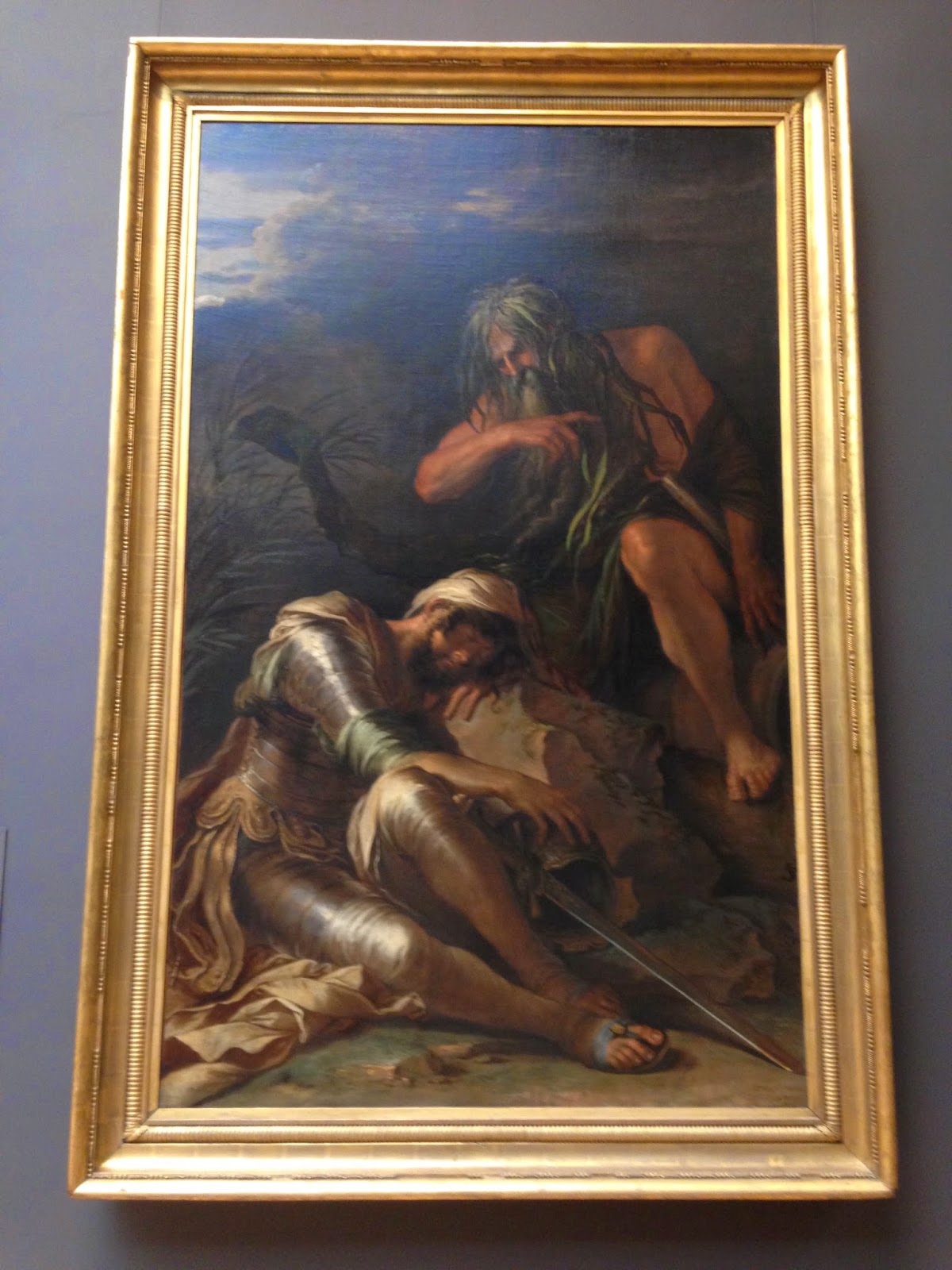 This is a painting from the Italian Renaissance called “The Dream of Aeneas.”  That’s Aeneas, son of Aphrodite, asleep on the left. Perhaps he passed out because he was so tired after fleeing the fall of Troy and escaping to Italy. While he’s asleep, Tiberinus the god of the River Tiber whispers in his ear, telling Aeneas that his city will one day be founded on the banks of the river. That city, of course, will be Rome. Cool picture, but I still like Tiberinus better as Gregory Peck. 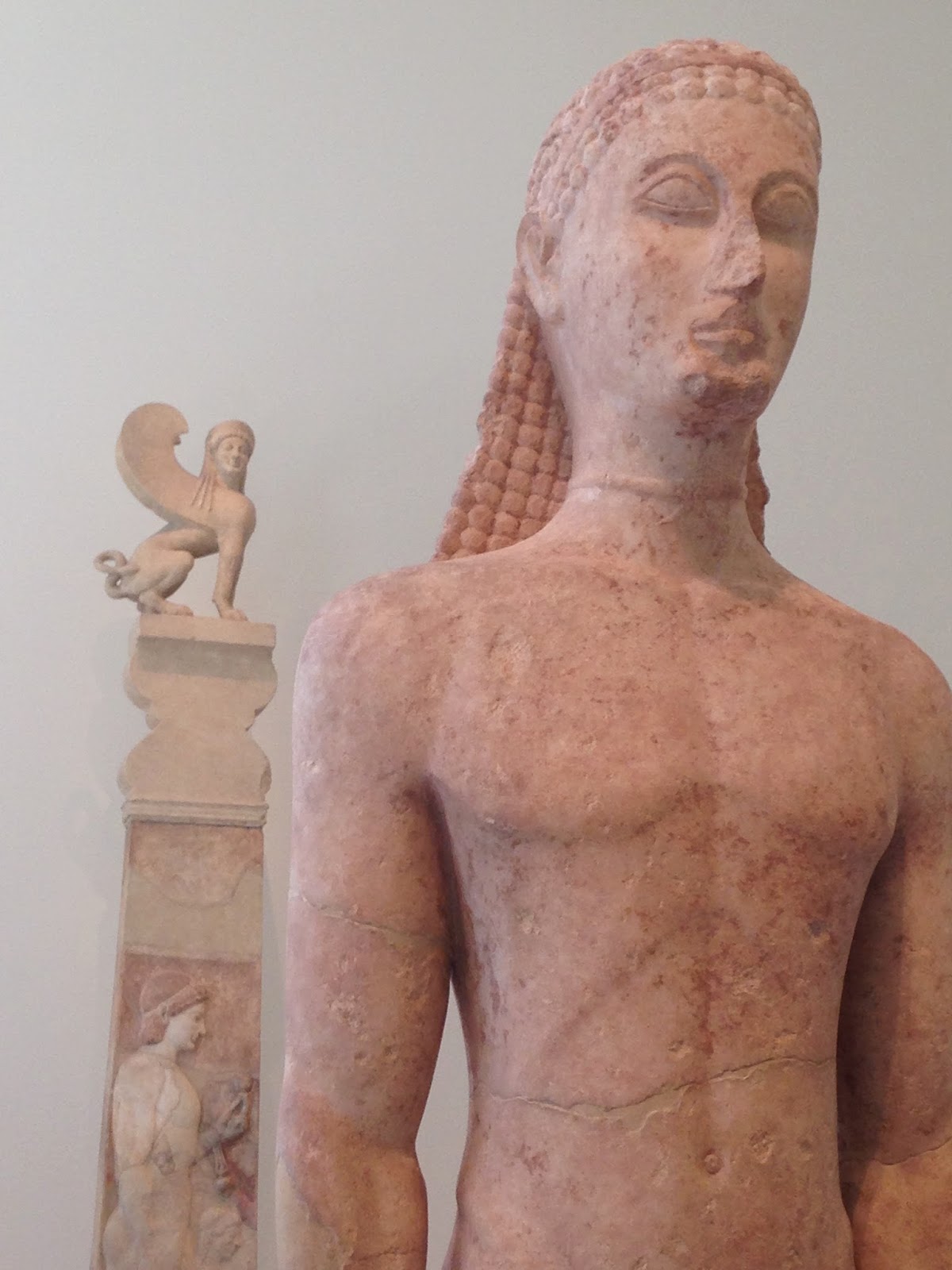 This is a statue of an Ancient Greek youth, with a sphinx hovering in the background. The youth does not look very excited. Probably because the sphinx is going to make him take his standardized testing.

That’s just a tiny sample of the cool stuff at the Met. If you go, see if you can retrace my steps! 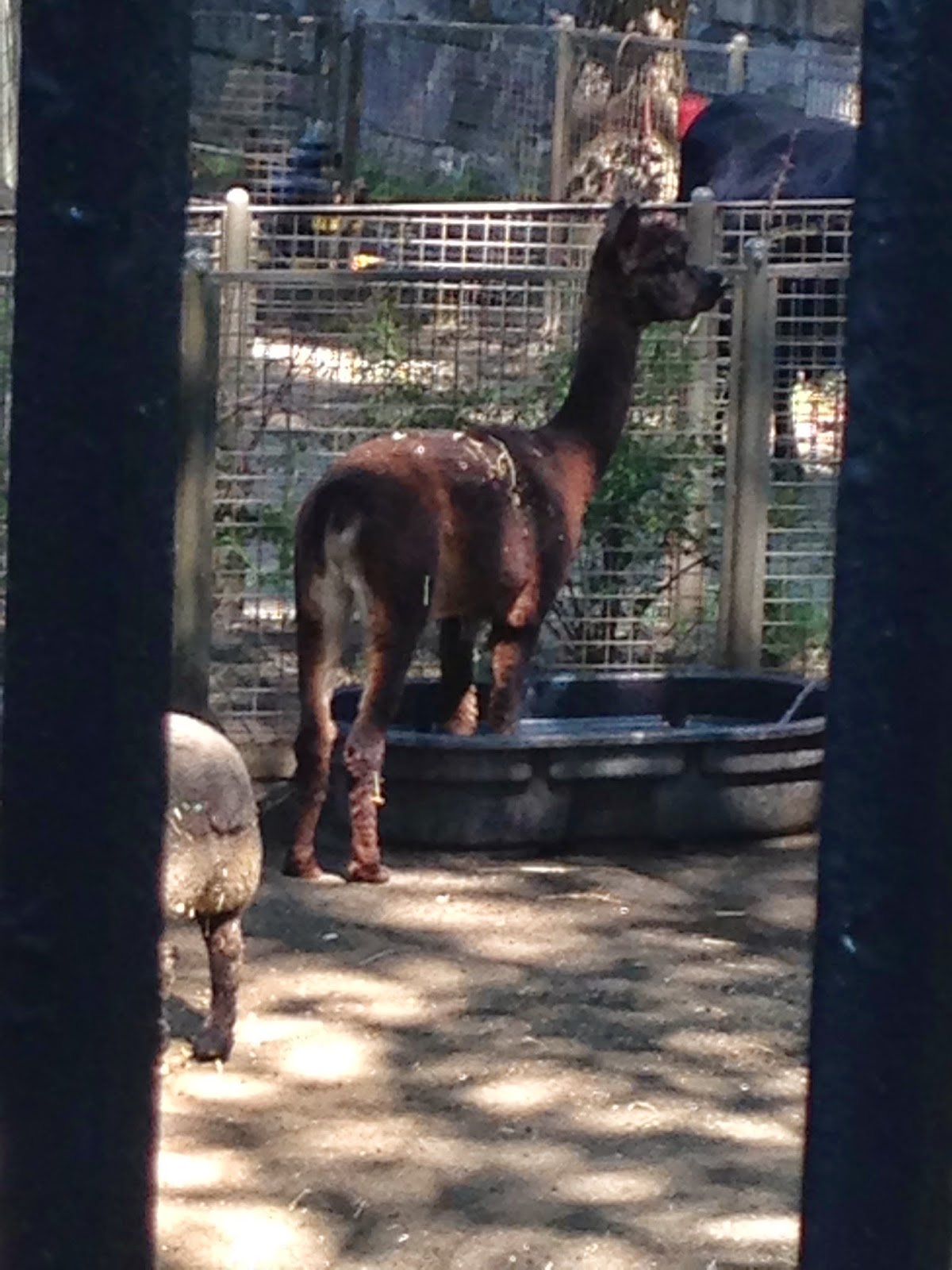 This is a baby llama we spotted at the Central Park petting zoo as we were walking past. Why am I including this picture? BECAUSE IT’S A BABY LLAMA. That is all.