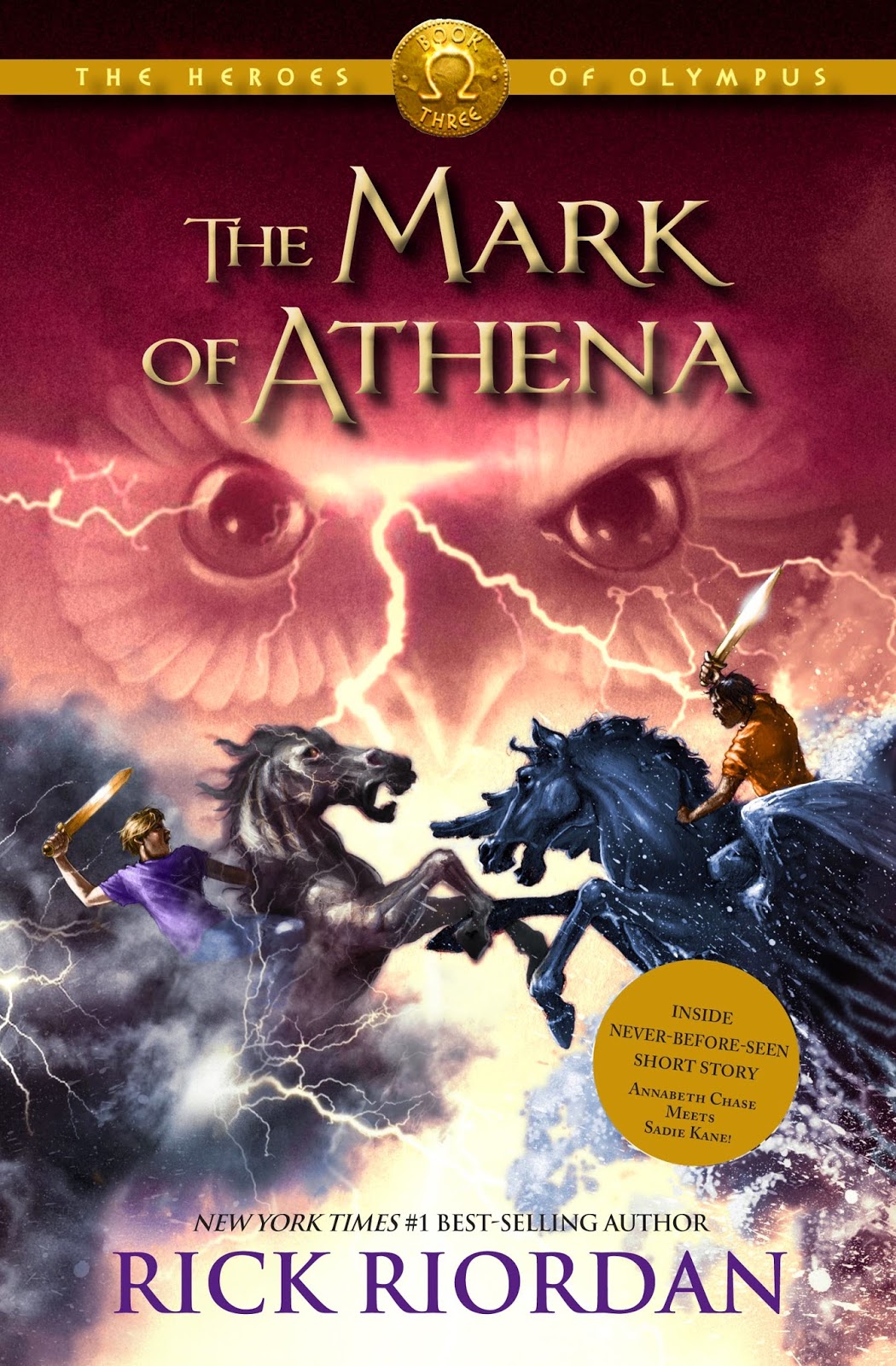 As a Valentine’s Day treat for my fans, I’m announcing a new short story, “The Staff of Serapis,” that will appear in the paperback of THE MARK OF ATHENA, publishing on April 8. In this adventure, Annabeth encounters more oddities in the subway than usual, including a two-headed monster and a younger blond girl who reminds her a little of herself. . . .

Yes, folks, this is the story you’ve asked for, in which Annabeth Chase teams up with Sadie Kane. Dang, it was fun to write the dialogue between those two! This story is a follow-up to “The Son of Sobek,” in which Carter met Percy. Staff of Serapis is even longer, sixty pages, and I hope you like it as much as I enjoyed writing it.

Here’s an excerpt to whet your appetite!

“But what if I’ve already bought THE MARK OF ATHENA?” you ask. “Do I have to buy it again just to read this story?”

Well, the story will be released first in the paperback edition, since I wrote it specifically to promote the paperback’s release, but fear not. Eventually there will be another way to get “The Staff of Serapis.” Just as they did with “The Son of Sobek,” Disney will be releasing “The Staff of Serapis” later on as an e-single and audio, read by yours truly. As soon as I have more information about the exact e-release date, I will let you know. As always, this information only applies to the US market, as that’s the only country I get info for. I can’t say if/when it will be available in other countries and other translations.

Now again, please be aware this is a SHORT STORY. In print, it runs a little over sixty pages, though it packs a lot of adventure into those pages. It’s not a full novel, because I have been spending most of my time working on THE BLOOD OF OLYMPUS, and I know you don’t want me taking more time away from that project than I absolutely have to! The e-single will be priced accordingly, and I hope you find the adventure worth it!