Thanks to the amazing Topher Bradfield at BookPeople in Austin for sharing some photos of their Camp Half-Blood summer 2013! I’ve run out of superlatives to describe BookPeople, Topher and the rest of his fantastic and dedicated colleagues. They have been bringing Camp Half-Blood alive for so many summers now, and have been supporters of Percy Jackson since day one. This summer, their theme was Kane Chronicles meets Camp Half-Blood/Camp Jupiter, and as you can see, they did some amazing stuff! 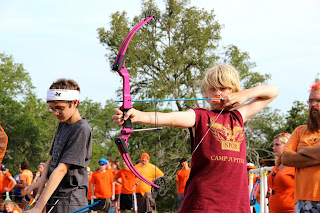 Above, a champion from Camp Jupiter shows off his archery skills. 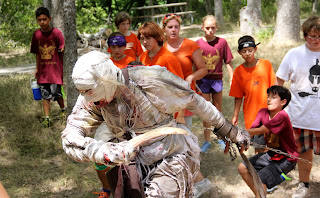 The demigods work to chain an invading mummy. Yikes! 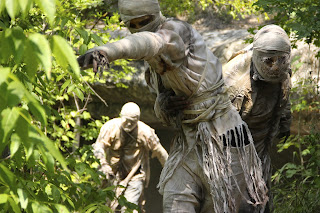 Holy Hera! Mummies are invading the camp! I think I would run if I saw that coming my direction. 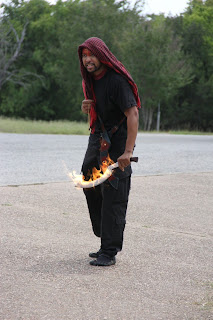 The Egyptian fire mage Teth Amon. He looks like a friendly fellow . . . 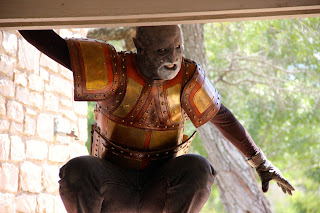 The monster named 13.  I don’t think they call him that because he brings good luck. 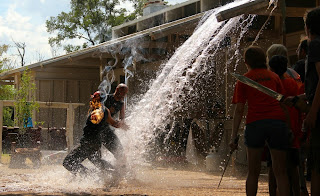 Do those photos make you want to visit camp? Pretty awesome! You can tell why admission to camp sells out in, like, five seconds every year. If you’re in the Austin area, definitely stop by BookPeople and say hello to my favorite demigods. The store is incredible! Thanks to everybody who participated in the camp — what an experience!