Even though I’m working hard on my deadline for The House of Hades, I always have to make time to read! If anything, it’s even more important to read a lot while I’m writing. It fuels my engines and energizes me when I find new good books. Below are some of my recent favorites. 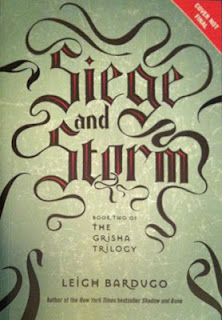 I was lucky enough to get an advanced copy of Siege and Storm, the second in the Grisha Trilogy by Leigh Bardugo. I won’t give any spoilers, but I will say this: If you liked Shadow and Bone, you will love Siege and Storm when it comes out in June. And if you haven’t read Shadow and Bone yet, go get it! This is a great YA fantasy series set in an alternate Tsarist Russia where magic and technology collide. 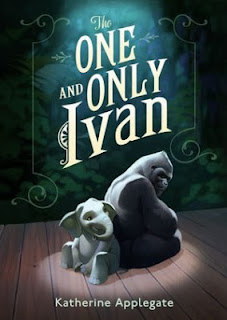 I’ve had The One and Only Ivan on my ‘to be read’ list for several months, and I’m so glad I read it! A fabulous book for elementary and middle grades (and older), this is probably my favorite animal story since Charlotte’s Web — and I don’t make that comparison lightly. Like E.B. White’s classic, it is by turns tender, funny, sad and uplifting. It’s a quick read — I’m a slow reader, and I got through it in one day. Ivan the gorilla narrates, and he is a very fine fellow indeed. I loved it. More importantly, I think kids will love it too. 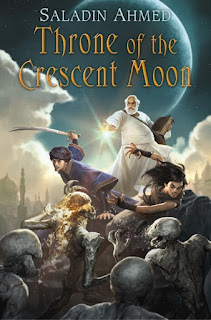 Throne of the Crescent Moon is an adult fantasy set in an alternate Middle East during the golden age of the Caliphate. It richly evokes the world of Ali Baba, Sinbad, and Scheherazade. I love the way Saladin Ahmed creates his story, lovingly portraying his characters and his settings, bringing them all to vivid life. This is another very fast read, because the story moves along at a good clip. The main characters are a ghul hunter (one who searches out and destroys magically summoned demons) a holy warrior dervish who has almost supernatural skill with his sword, and a young nomad girl who has the coolest shape-shifting power you’ve ever seen. Even this powerful group will have trouble against the evil force that is rising to take the Khalif’s throne, however. Since this is an adult fantasy, there is some adult content and some extremely creepy and dark villainy, but nothing that would bother most readers of YA fantasies. If you’re ready for a fresh and different sort of fantasy, check it out! 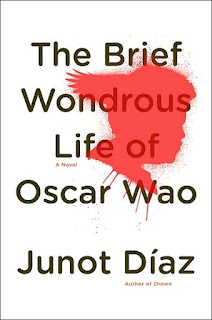 I am late to the party with Junot Diaz’s work, but wow, what a book! This is realistic adult fiction, with interlocking stories tracing several generations of a Dominican family. I say ‘realistic,’ though it owes a debt of gratitude to the magic realism of Garcia Marquez and Borges. I knew very little about the Dominican Republic before reading this novel. Now I can’t imagine how I got along without the wonderful voices and characters Diaz evokes. He tosses out literary, pop culture, geek, and Dominican Spanish references with equal gusto, and if you don’t understand them all, don’t worry. Just hang on and enjoy the ride. It all adds up to a rich stew with wonderful, unexpected flavors mixed together. 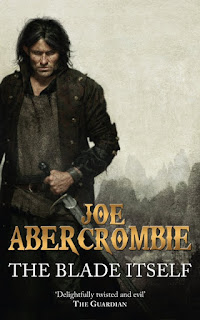 It’s been a while since I read a fantasy trilogy all the way through, back to back. Joe Abercrombie’s The First Law series was too compelling not to finish in a single marathon. The first book, The Blade Itself, introduces a cast of well-developed, complex characters throw together in a world loosely based on medieval Europe. At first, it’s not entirely clear what the major story line will be. It’s also not clear who the good guys and bad guys are — kind of like real life. If this sounds like A Game of Thrones, well, yes — the series are very different, but they do share some elements: morally complex protagonists, no easy answers, and a well-rendered world with a long history and many cultures. Logen Ninefingers, the Northern berserker, alone is worth reading about, but he’s only one of many great characters. San dan Glokta is the coolest, and definitely the most sympathetic torturer I’ve ever encountered. If you like fantasy, check it out, and stay with it until the end of the third book. The ending is both satisfying and unexpected.

That’s it for my recent reads. And now it’s back to that second draft of The House of Hades! A long way to go still, but I’m making progress and I’m on schedule!