Well, the tour is over and I’m back to writing. Our last event was here in San Antonio for the SA Art Museum. They are hosting an exhibition called Aphrodite and the Gods of Love, so the crowd got to explore the museum’s collection before the event. The museum set up a covered picnic area on the banks of the San Antonio River and invited local food trucks to feed the visitors. Thanks to Primo Passo for creating an Olympus pizza specially for the occasion! 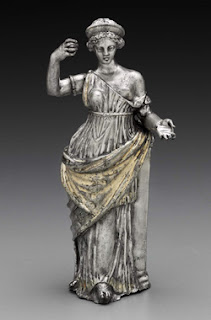 I had a great time talking with the sold-out crowd of 750. We had fans ranging in age from seven to adult, so if you’re an older reader, don’t feel bad! You are definitely not alone. My favorite question was: “Who’s Speedy?” Mark of Athena is dedicated to her. I explained that Speedy is the abandoned puppy we found last Christmas as I was in the midst of writing the book. She stayed curled at my feet pretty much the entire time I was writing Mark of Athena, offering encouragement (and distraction) so I decided to dedicate the book to her. 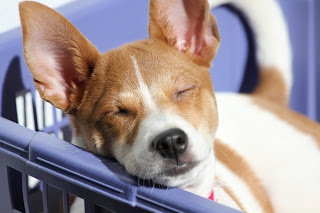 During the tour, I got to read a couple of great YA novels, which I wrote about for the Page & Palette newsletter in Fairhope, AL. Here’s my write-up, if you’re curious:

I recently finished Paolo Bacigalupi’s two YA novels Ship Breaker and The Drowned Cities, both set in a dystopian future that makes The Hunger Games look positively sunny. Climate change has made the world almost unrecognizable. The US has disintegrated into city states and war zones. Food is the ultimate currency, and manpower is once again the only reliable source of energy. The young protagonists of these books are feisty, brave, and totally believable as they try to carve a future for themselves against nightmarish odds. The books are stand-alones, but they share one common character: Tool, the genetically designed half-man warrior with dog and predator cat DNA. He is the most awesome character to appear in YA literature in a long time. I hope we see more of him in future books! 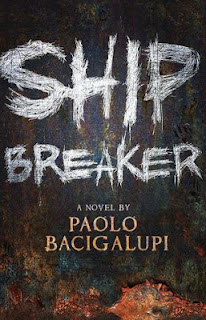 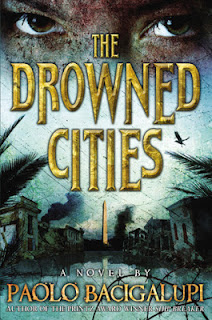 And now I’m back home, writing furiously on Heroes of Olympus, book four: The House of Hades. What can I tell you about it? Pretty much nothing! It’s way too soon. I know Mark of Athena left you with a literal cliffhanger, and no, I didn’t do that just to mess with you, but the story needed to end there. It’s the natural break point that leads into The House of Hades. That will make sense to you when you get the next book.

Of course I’ve gotten a lot of questions since readers started finishing The Mark of Athena. The Q&A would run something like this:

Q. Why can’t I have the next book NOW? I NEED IT!
A. The thing is, it doesn’t exist yet. Sadly, each book takes a full year to write.

Q. Why can’t you speed it up? You were writing Kane Chronicles and now you’re not, so can’t you release the new book in six months?
A. No, even when I was writing two books a year, I’d be planning and researching one while revising the other. It is possible (though exhausting) to work on two series at once, but each book still takes a full year to create. If I tried to speed up the process, the book wouldn’t be any good. It’s better to take my time and write a good book than the rush out a bad book, I think! Besides, the publisher wouldn’t ever release the books of one series in a time span shorter than a year. It takes that long to figure out the release date, promote the book, design the cover, edit the manuscript, talk to the booksellers, format the e-book in all the different versions and of course print and ship the physical books. It’s a long process!

Q. I want to go forward in time and pull the next book out of fall 2013.
A: Gosh, me too. That would save me a lot of work. Unfortunately, Kronos the god of time is not a friend of mine . . .

Q. Why are you taking time to write a blog entry? Get back to writing House of Hades!!
A. Yeah, well, I do have to take breaks from time to time for, you know, eating and sleeping and stuff. That’s also part of the process. Like Percy, I’m pretty ADHD. I tend to write in a ‘hit and run’ fashion. Write a page. Get up a walk around. Check email. Write another page. Take the dog out. Etc. I’ve learned the hard way that if I treat writing like a nine-to-five job and sit at my computer for hours on end, my productivity and quality don’t increase. I just stare at the screen more. Having said that, yes, I am trying to limit my time doing other things, so if you don’t see a lot of new blog entries, that’s why!

The one thing I can promise regarding The House of Hades  ***SPOILER ALERT****  At the end of Mark of Athena, Nico senses that Percy and Annabeth are still alive, despite the incredible danger they are in. Nico is right. They are alive. You WILL find out what is happening to them in the next book. They don’t disappear from the story.  **** END SPOILER ALERT*****

And so, back to writing! Thank you again to everyone who came to an event for the tour. It was great fun! Thanks to all my readers for making The Mark of Athena such a smashing success. The book has been #1 on the New York Times series list, the Wall Street Journal list, and the USA Today list for two weeks, now. It’s also the #1 children’s book in Canada, Australia and New Zealand. For readers in other countries, I know it’s frustrating waiting for the book to be translated into your native language, but the publishers are working hard on that! I don’t have information on each country’s release date, but hopefully the newest book will get to you soon!