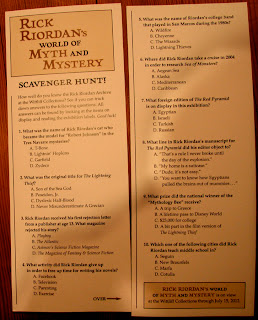 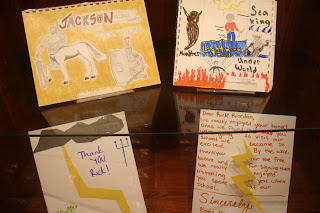 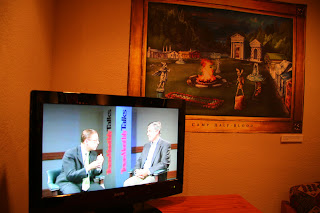 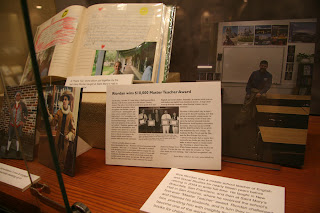 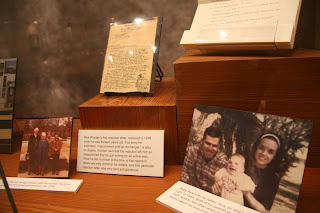 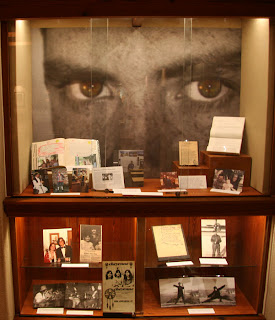 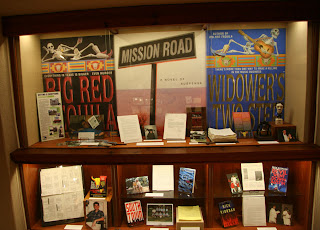 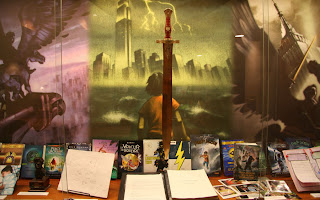 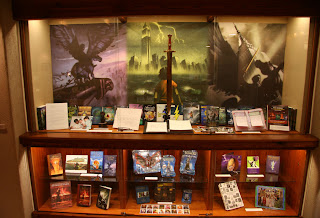 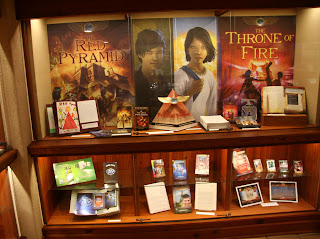 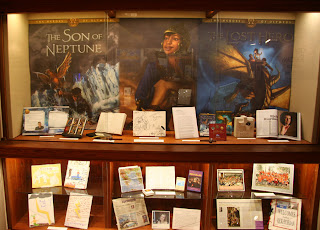 This is really cool! For quite a few years, I’ve been donating my archives to the Wittliff Collections at the Alkek Library, Texas State University in San Marcos, Texas.
Now the library is putting on an exhibit highlighting all sorts of stuff from the Riordan vaults — from my early writing as a kid through my years as a teacher and mystery novelist, right up to the present. There’s even a scavenger hunt you can play with the exhibit! If you live near San Marcos, check it out.
The full press release is below. For more info on exhibit, visit here.
Rick Riordan’s World of Myth & Mystery
Exhibition Dates: January 23 – July 15, 2012
Bestselling author and literary superstar Rick Riordan, a native of San Antonio, has inspired millions of children across the globe to learn about ancient mythology. Riordan has also brought his hometown to life in his series of award-winning mystery novels for adults.
In recognition of Riordan’s distinctive achievements and his inspirational impact on young readers, the Wittliff Collections is presenting a special exhibition from its permanent collection, Rick Riordan’s World of Myth & Mystery.
The exhibition showcases numerous artifacts from Riordan’s literary papers—which the author has been generously donating to the Wittliff since 2004. The result is a vivid behind-the-scenes look at Riordan’s life and work.
“What’s especially interesting about this exhibit,” said curator Steve Davis, “is that you gain a really deep understanding of Rick Riordan’s work process; how his life as a middle school teacher prepared him to write for children, how he gave up television in order to find time to write, and most important, how he is so adept at drawing from real life and transmuting those episodes, spinning them into literary gold. Rick, unlike many authors, is quite open about the real-life inspirations for his work, and it’s fascinating to see those revealed in this exhibition.”
Rick Riordan’s World of Myth & Mystery makes it clear that Riordan was interested in writing from a very early age. Among the items on display is his early manuscript, “Appointment with an Archangel,” which he completed at age thirteen. Next to that is a copy of the rejection letter he received after submitting the story to Asimov’s Science Fiction magazine. While that letter is extremely kind and solicitous, Riordan said that it left him so devastated that he didn’t write again for another year.
Riordan also received a pile of rejection letters before his first novel, Big Red Tequila, was published. But once the book appeared it won three major mystery awards and established Riordan as a major author. Rick Riordan’s World of Myth & Mystery displays many facets of Riordan’s life as a mystery writer, including awards, his snapshots taken of various San Antonio locations, and an elaborately constructed, very detailed plot map that he created to chart the action in his novel.
Riordan burst into international fame in 2005 as the author of the #1 bestselling The Lightning Thief, the first book in his Percy Jackson and the Young Olympians series for children. This is the book that turned millions of kids on to Greek mythology. Rick Riordan’s World of Myth & Mystery includes Riordan’s original manuscript for the book, his hand-drawn map of Camp Half-Blood, his essay describing how the series came into being, foreign editions of Riordan’s novels from many nations, and also the actual sword, “Riptide,” used in the film version of The Lightning Thief.
Also on display are manuscript and marketing materials for all of Riordan’s series for young readers, including the Kane Chronicles and the Heroes of Olympus. Samples from a few of the thousands of letters he has received from school children are also featured, testifying to the enormous impact Riordan has had on many young readers.
A special section of the exhibition focuses on Riordan’s celebrated career as a teacher. Riordan taught middle school English and Social Studies for fifteen years before he retired to concentrate on his writing full time. In 2002, Saint Mary’s Hall honored him with the school’s first ever “Master Teacher” award. On display is information about that award, along with photos of Riordan in the classroom and a commemorative book given to him by the students of the final class he taught.
Rick Riordan will visit the Wittliff Collections in 2012 to give a free public reading and booksigning. Event updates will be posted on the Wittliff’s website: www.thewittliffcollections.txstate.edu