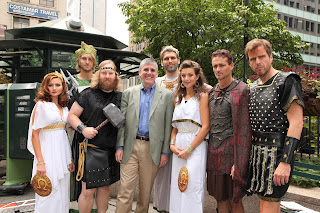 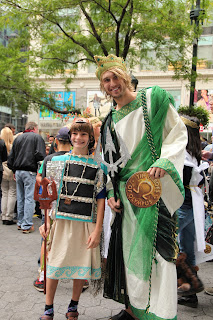 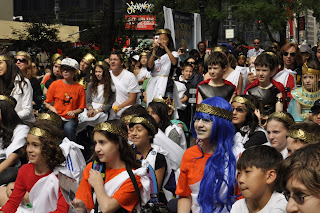 I had a wonderful weekend with the young demigods of NYC and LA. Thank you to everyone who came out for the events! Saturday, we gathered at Greeley Square, with the Empire State Building (and thus Mount Olympus) looming above us. Seven gods hosted the festivities, and we had a standing room only crowd of costumed kids and parents. In LA it was much the same, but in the Grove shopping center. As you can see from the photos above, we had lots of fun. If you’d like to see more, check out my Facebook album. 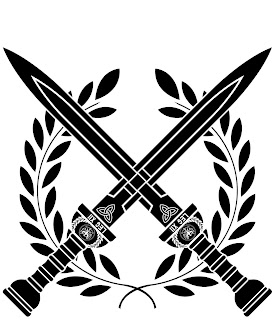 Tomorrow, Tuesday, October 4, The Son of Neptune officially arrives at long last! I hope you all enjoy it. I’ll be visiting seven cities in seven days, starting with Columbia, South Carolina. Be sure to check all event details at olympianweek.com. Twelfth Legion Fulminata for the win! (You’ll know what that means tomorrow.)

SAN ANTONIO FANS: I don’t have a hometown event scheduled for this tour, but if you want a signed copy, Barnes & Noble at La Cantera will have plenty starting Tuesday, 10/4. CostCo customers: the Stone Oak Costco at Loop 1604 also has several hundred signed copies.

AND for fans anywhere, if you need to buy a *personalized* copy and aren’t able to attend an event, you can contact my hometown independent bookseller: The Twig. I will be stopping by their store after the tour to sign any orders that come in. That means the books will not be ready for immediate delivery, but the Twig will ship them to you as soon as I can make it in to sign your orders. In the past, they’ve been able to ship orders just about anywhere! 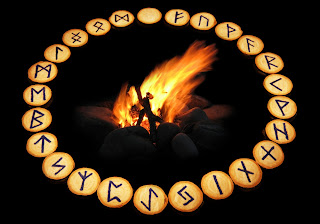 And in other big news as reported today by the Associated Press, my next series will feature Norse mythology. This won’t come as a huge surprise to anyone who’s heard me talk about my background. I’ve loved Norse mythology for as long as I’ve loved Greek & Roman. The idea for the series has been around since even before the Lightning Thief, so I can’t wait to get going on it at last! But, of course, it won’t happen immediately. I need to finish up with the Kane Chronicles and Heroes of Olympus first. The Norse series is tentatively scheduled to launch in 2015. If that changes, I’ll let you know.