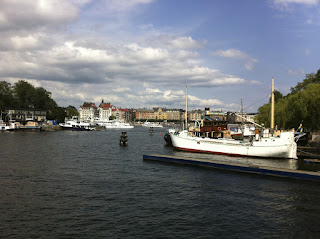 As our Baltic tour continued, we sailed to Helsinki, Finland for a short visit. It was a hot sunny day, but we enjoyed checking out the Finnish capital. Becky’s favorite moment was discovering the Marimekko flagship store and buying a tote bag. We also passed the beautiful art deco train station with the green clock tower, and ate lunch at a co-cop pizza restaurant. You can see a theme – the trip was a pizza tour of the Baltic as well as a mythology tour. Helsinki had a lot of shops and interesting side streets, more than we could possibly explore in an afternoon. Perhaps that’s for another trip! 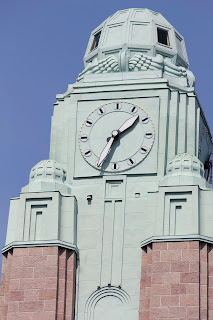 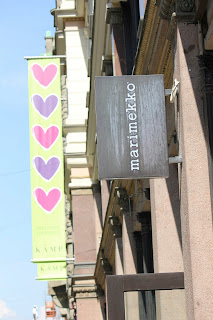 The next day we sailed into Stockholm, Sweden to disembark from our cruise. We’d arranged a hotel so we could explore the city for a couple of extra days, and I’m glad we did! Even sailing in, Becky couldn’t believe the beautiful inlets and forested islands with huge homes that reminded us of Tiburon in North California and the Hamptons in Long Island. 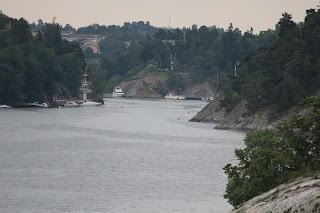 During our taxi drive from the docks, the cityscape got more and more beautiful, until we arrived at the Grand Hotel in the center of Stockholm. We’d visited a lot of great cities on this trip, but the whole family agreed that Stockholm was our favorite. It’s a city of islands and bays, parks and grand old buildings. It reminded us a little of the San Francisco Bay Area with its laid back attitude and beautiful scenery, but most of all Stockholm reminded me of a smaller, tidier London, without the hectic pace, the traffic and the crowds. 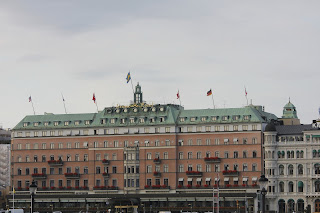 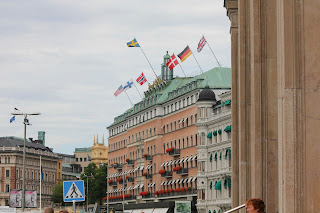 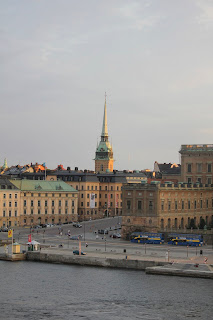 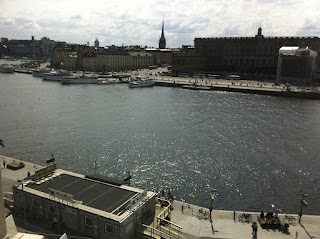 Our first day we got blissfully lost. We walked through the island of Skeppsholmen, (the San Francisco Presidio of Stockholm, if you will) and took a ferry to Tivoli Grona Land. It seemed appropriate the end our trip as it began, riding the rides at this amusement park. And yikes, those rides were amazing. I don’t think you could operate rides that extreme in the US without getting shut down. My boys’ verdict: “Epic.” We also visited the Vasamuseet, which features a reconstructed five-hundred-year-old ship pulled from the bay. You really have to see it to believe just how big and impressive this old sailing ship is.
In the evening, we walked through a nearby park and mixed with the locals who were enjoying the long, warm summer night. We shopped at the NK department store and found a great pizzeria. Yes, more pizza!
Our hotel room had an incredible view of the queen’s palace across the harbor. It was hard to go to sleep because there was so much to see. We even had a little office in a round cupola, with windows looking out over the city. I so wanted to make that my permanent writing space. 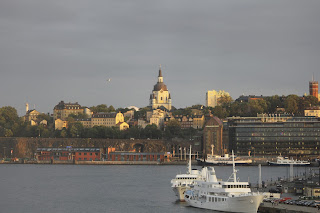 The next day we wandered into the National Museum, only to discover they were hosting an exhibit on the Greek gods and goddesses. There was Hermes flying over the gift shop! Inside the exhibit, each Greek god had his or her own room with hands-on activities. You could try on winged shoes for Hermes, sit in Zeus’s throne, wander a maze in Poseidon’s sea floor palace, or take a slide straight into the Underworld. I wish we had an exhibit like this for kids in the US. It was great! I’d expected to find more about the Norse gods in Sweden, but even here, deep in Viking territory, the Greeks have invaded. 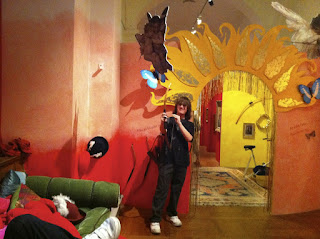 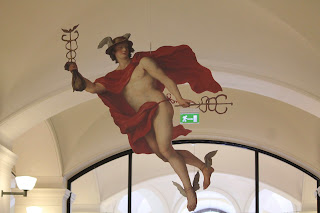 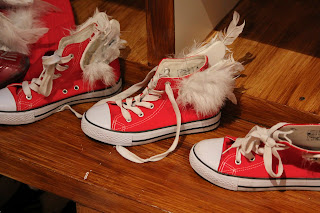 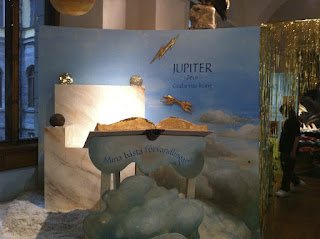 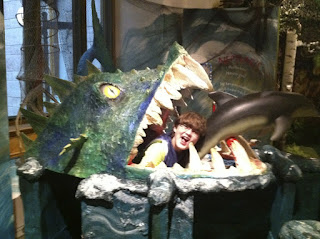 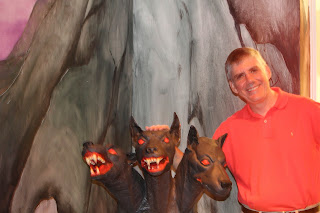 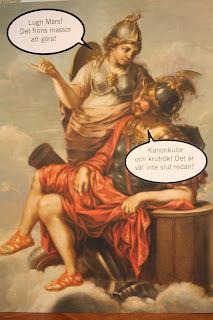 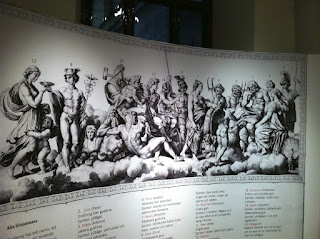 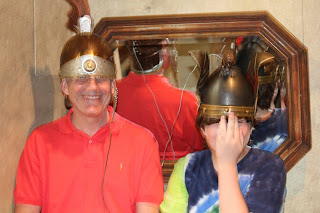 Later in the afternoon, we visited the Moderna Museet and saw its collection of Jasper Johns, Picasso, Warhol, Salvador Dali – the list goes on and on! Great museum, with a fun collection of kinetic art that moves on its own and causes all sorts of steampunk mayhem. The kids’ favorite piece was the painting machine – modern art that creates more modern art!
In the evening we visited Old Town, passing the royal palace on the way and an Egyptian obelisk – those Egyptians are everywhere, too! We found a wonderful science fiction bookstore, got some ice cream, and visited the Viking Shop, where we got some T-shirts featuring Norse runes and Odin’s two ravens, Huginn and Muninn. 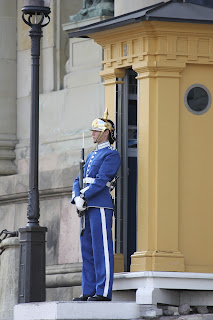 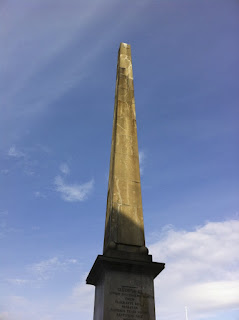 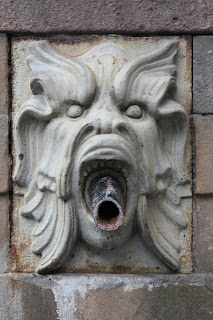 The Riordan family agreed that we were sad to be leaving Stockholm and its cool summer days for the oppressive heat of Texas, but we were also glad to be heading home after such a long trip.
And now we’re back with great memories and a feeling that those mythological gods are everywhere, no matter where you go! Wherever your summer took you, I hope you had as much fun as we did. I came back feeling refreshed and inspired. And now . . . back to writing!