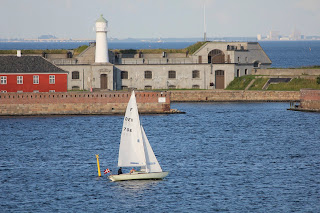 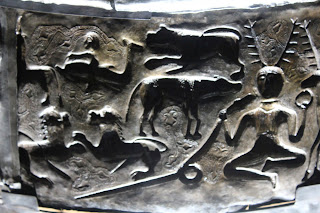 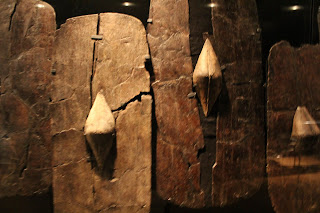 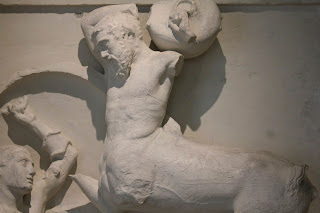 The Riordans just returned from our summer vacation – an amazing cruise through the Baltic Sea.
I know, I hear some grumbling out there. Some of you are thinking, “How can he take a vacation? He should be writing!” But believe me, I need to recharge my batteries once in a while. Besides, I did some great writing on the trip, and the vacation was also for research. You will be seeing some things from the trip crop up in future books . . . though for now that’s all I can tell you. Others of you may protest, “Ack! You came to my country and didn’t do a book signing?” True, but this wasn’t a publicity trip, and I’ve found that mixing vacation time and book signings is pretty much impossible. For this trip, I needed to travel in stealth mode, do my research, and spend some uninterrupted time with my family. So apologies for that, but the trip was great. I learned a lot, and kept stumbling over gods everywhere I went.
First up, a look at Copenhagen, Denmark. What a beautiful city! We spent three days there before our cruise, wandering the canals and parks and harbors, eating great food, visiting museums and Tivoli Gardens, the amusement park said to have inspired Disney Land.
The weather was cool and sunny, so we really lucked out. The first day we walked along the docks and saw the Little Mermaid statue, though we liked the nearby ‘Mutant Mermaid’ statue much better. I’ve always had a soft spot for mutants. 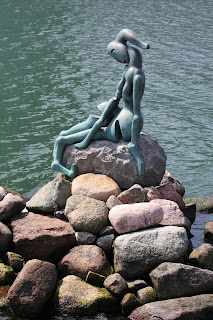 We got some local ice cream on homemade waffle cones. (The Danes actually serve ice cream on real waffles – genius!) and found a great pizza place for dinner.
You can see from our pictures that gods were everywhere. Poseidon and Hermes guard the gates from the harbor to the queen’s palace: 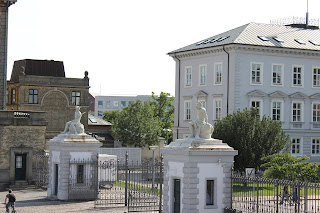 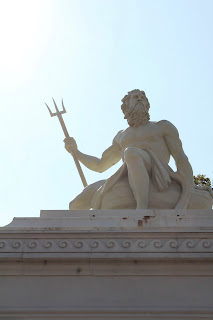 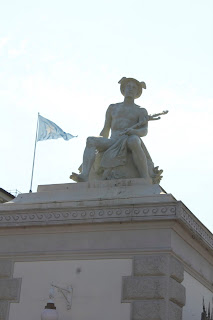 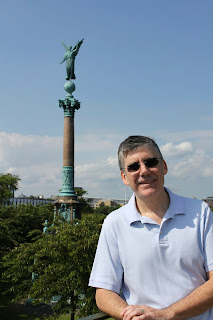 Zeus was peeking out the window of a museum: 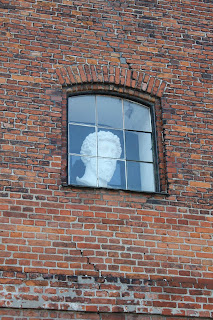 I even learned a new myth. A fountain in the middle of town shows the Norse goddess Gefion, who created Denmark. According to legend, the king of Sweden owed Gefion a favor. She asked for land. He told her she could have as much land as she could plow in one day and one night. She changed her four sons, whom she’d had with a giant, into massive bulls, harnessed them to a plough, and carved out the main island on which Copenhagen resides. The king of Sweden was not amused to lose so much land, but he stood by his promise, and Denmark was formed. 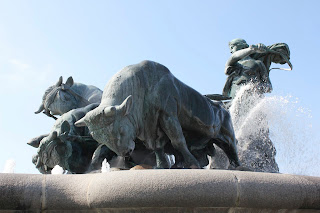 Our second day in town, we visited a couple of museums. The National Museum had a great collection of Greek, Egyptian and Norse art, and the nearby Carlsberg Museum was having a exhibition on Cleopatra’s world. 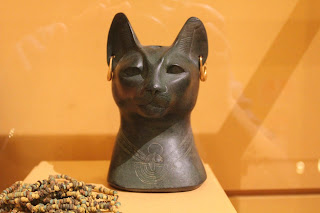 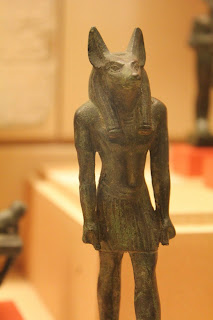 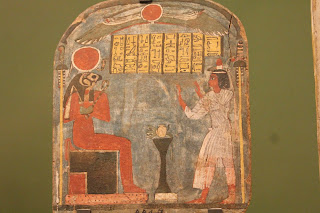 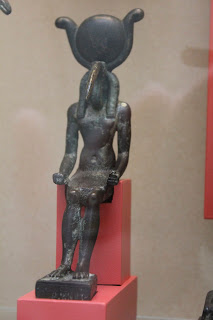 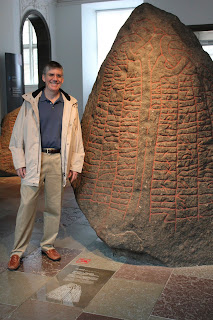 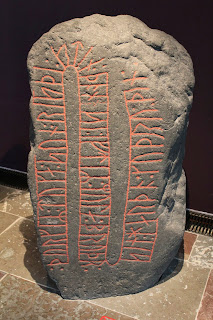 And I loved the illustration of the Egyptian griffin – the best picture of Freak I’ve found yet! 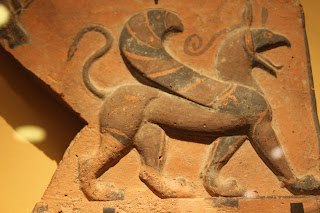 After that, we visited Tivoli Gardens and rode the rides. Awesome place. If you like amusement parks, you really need to check it out. In many ways, Tivoli is the grandfather of all modern theme parks. Even here, we couldn’t escape the gods. One of the roller coasters was named the Odin Express. On day three we checked out the Copenhagen Zoo and spent some quality time with Khufu’s relatives, the baboons. Check out the picture of the baboon baby! 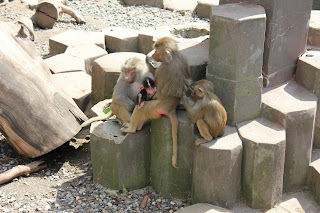 We’ve been to zoos all over the place – it’s one of the things we love to do as a family, and the Copenhagen Zoo was one of our favorites. It has the only Tasmanian devil exhibit outside of Australia. Boy, those things are so ugly even Bes would look away. 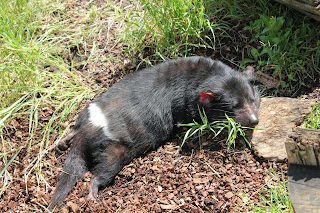 All the Danes we met were super nice. We loved the ice cream, shopping at the Netto, and eating Danish pastries. This is definitely a city I’d like to visit again. After an amazing few days, we boarded our cruise ship for a trip up the Baltic Sea. More on that in my next post!