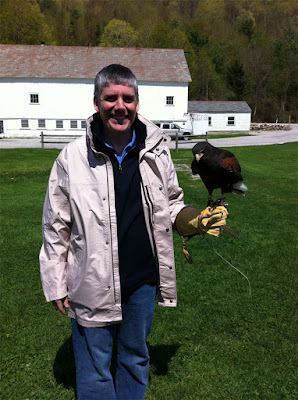 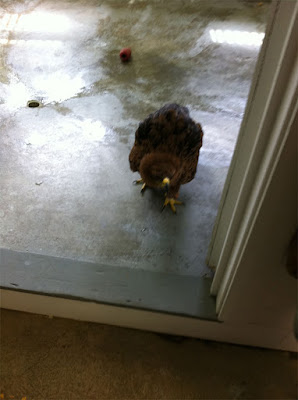 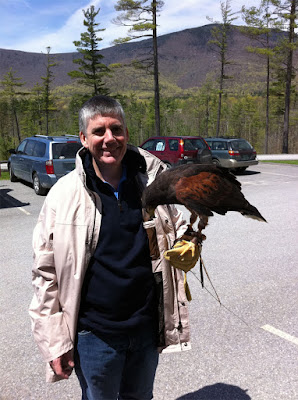 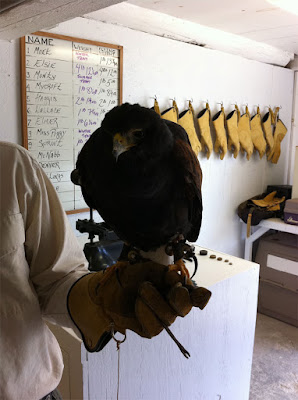 Just arrived in Massachusetts after two days in the mountains of Vermont. I’d never been to the state before. What a beautiful place.

Yesterday I had an event with Northshire Bookstore, which is an amazing shop. My favorite part was the inscription “Nothing is Written in Stone,” which is written in stone on the walkway to the front door. Over five hundred people showed up at the local school auditorium. I had a great time talking with the kids and signing their books. I stayed at the Equinox Hotel in Manchester Village, and I can highly recommend it if you are in the area. The tavern serves some mean fish and chips, and apparently Teddy Roosevelt spent some time at the hotel.
Today, I had a rare free morning, so I arranged a falconry lesson with the British School of Falconry which is near the hotel. It seemed appropriate, as I write about Horus the falcon god, and I can honestly say I got some great new insights on these beautiful birds. I envy Carter Kane, being able to turn into one! My guide and falconer, Jay, took me through the barn and introduced me to the birds — mostly Harris hawks, but also a beautiful eagle named Elsie, pictured above on the floor of her cage.
First we took out a small male hawk named Harris. That’s him above on Jay’s glove, and then me with Harris in front of the white building. I learned how to let the hawk perch on my glove, cast him off, and call him back. They work for tiny slivers of steak, or lures made from chicken wings, which they love to tear up. I found out that several English terms come from falconry. You use ‘bait and switch’ to trade the bird’s prey for a reward. ‘Hoodwinked’ comes from a failed attempt to pull the falcon’s hood over its head. ‘Under your thumb’ refers to keeping the jess (the falcon’s leash) secured under your thumb so the bird doesn’t fly away. An ‘old codger’ is a man too old to hunt, who looks after the ‘cadge’ on which the falcons are transported — thus a ‘cadger.’ And of course, Jay and I discussed how falconry was the sport of kings going back thousands of years, and how the bird was revered in Ancient Egypt.
After learning the basics we headed to Hildene, which is an estate founded by Abraham Lincoln’s son. We took two falcons into the woods — Haggis and Wallis — and let them follow us around. They hopped from tree to tree, looking for prey. They did try to catch a gray squirrel, but fortunately for the squirrel, it got away. Do feel sorry for the birds, though. They had a great time and had plenty of meat slivers as rewards. It was an extremely cool experience, and if you ever have the chance to do it, I highly recommend it.
After my time in the wild, we drove to Brattleboro for an event with the Book Cellar. The building that houses the store recently burned down, which has been a huge loss for the community, but I was glad that the event was able to go forward, and it was great to see the town come out to support the booksellers. Now we’re in Northampton, MA, where we’ll be doing an event with the Odyssey Bookshop tomorrow. I’ll let you know how it goes!
In other news, The Red Pyramid has now been on the New York Times bestseller list for fifty-two consecutive weeks — a full year. Percy and The Lost Hero are also riding high. Thanks, readers!