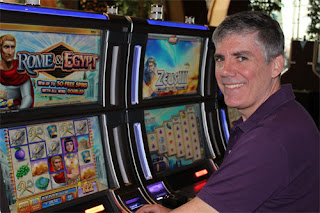 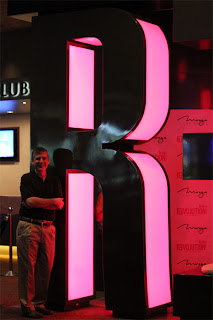 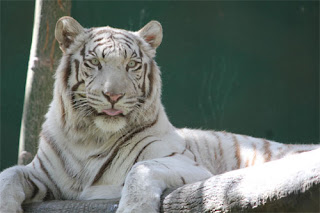 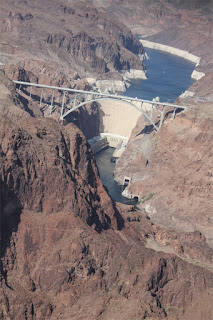 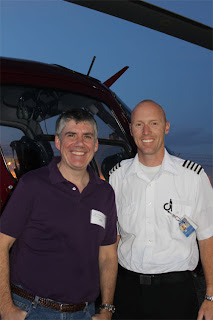 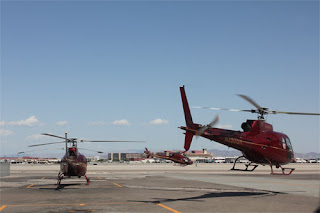 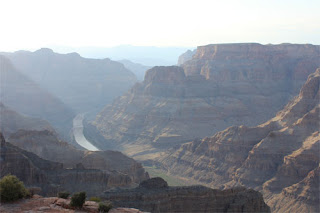 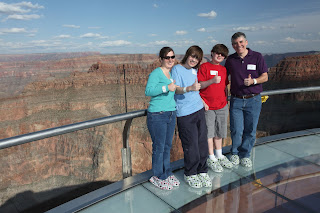 The Riordans just got back from Las Vegas, where we spent some good family time before I head off next week on tour. This was our fourth trip to Vegas, and it was good to catch up with my friends at the Lotus Hotel & Casino, where I’ve got a platinum membership, naturally. Boy, time really flies in that place. I also got to visit Khonsu the moon god in his penthouse suite at the Luxor pyramid for some high-stakes gaming. Oh wait . . . you haven’t met Khonsu yet? That will change next week when the Throne of Fire comes out.

When not dealing with demigods and magical creatures, we had some more typical mortal fun. We stayed at the Aria Hotel in the City Center and really enjoyed it. Great gelato place downstairs! I’m not advocating gambling, mind you, but I did get my picture taken at the Rome & Egypt slot machine, which is right next to Zeus II and Zeus III. It seemed appropriate. Our first night we had dinner at Wolfgang Puck’s pizzeria in the City Center. Patrick’s verdict: “This pizza is almost as good as Costco’s!” I’m sure Mr. Puck is delighted to hear that.

Friday we walked all over the strip, enjoying the dry weather. The temperature wasn’t too different from San Antonio, but that lack of humidity made it feel almost cool. We saw the dolphins and white tigers at the Mirage. You can see my picture above at the ‘R’ in the giant sign for the Beatles’ Revolution lounge. Then we went shopping at the Venetian and tried the city’s monorail, which was new since our last visit. At night, we saw the Tournament of Kings at Excalibur. Huzzah! It was Ye Olde Cheesy Spectacle, but we enjoyed it. Apparently the Emperor of Australia won the jousting. We’re still trying to figure that out . . .

Saturday we started the day at Circus Circus, which we’ve been visiting since the kids were tiny. I think they could spend all day at the midway, but we would run out of bag space for stuffed animals. Afterwards, we visited Madame Tussaud’s and went to see David Copperfield at the MGM. He was very good, and funnier than I’d expected. He made thirteen adults disappear, after choosing them by randomly throwing giant balls into the audience. Haley and Patrick were so excited that I might disappear, but I didn’t end up chosen. I’m not sure whether to be insulted or not . . .

Sunday we visited the game room at New York, New York, searching in vain for the place that sells fried Twinkies, according to Anthony Bourdain. Didn’t find it. Oh well. Maybe next time. Then it was on to the big event of the weekend – an Easter Day helicopter ride to the Grand Canyon. Our pilot Bob (pictured with me above) knew my books and we had a great talk on the way back about good fantasy novels. If you need a good helicopter tour when you’re in Vegas, definitely ask for Pilot Bob at Sundance Tours. He’s the best! We flew over Hoover Dam and saw the new bridge, which Percy really would’ve appreciated in The Titan’s Curse when he was running from skeletons. The canyon itself was as awe-inspiring as advertised, and yes, we did in fact go out on the Skywalk. Fortunately, there were no evil wind spirits active that day.

All in all, it was a wonderful Easter weekend! Now, I have a few days at home to rest up before The Throne of Fire tour. If you’re in the New England area, I hope to see you at an event!