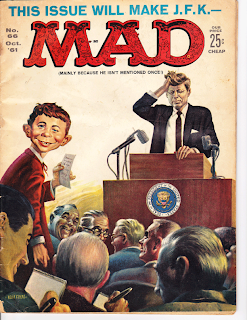 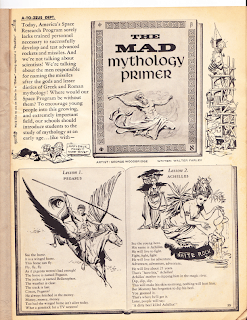 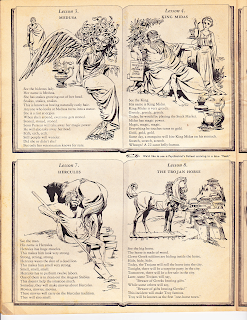 Wow, here’s one from deep in the Riordan family archives. My mom and stepdad unearthed this old Mad Magazine from 1961 with JFK on the cover and a section devoted to Greek & Roman mythology.

In case you’re wondering, I wasn’t born yet in 1961, so this magazine probably belonged to my Uncle Rees. I grew up reading hand-me-down comics from my uncles, including Mad Magazine and a huge collection of Gold and Silver Age DC and Marvel comics, which probably would be worth big money today, but alas, they are long gone to who-knows-where.
At any rate, it’s likely I read this very issue as a kid, and since I was a huge mythology geek even as a youngster, I was no doubt influenced by the Mad comic treatment of Greek mythology. Just goes to show you, mythology has been popular for ages — even as far back as the Dark Ages of 1961!