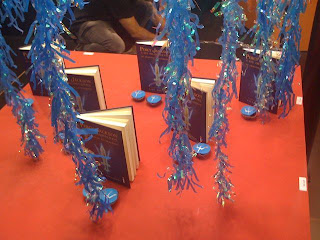 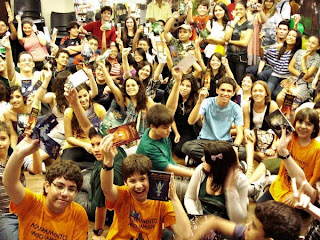 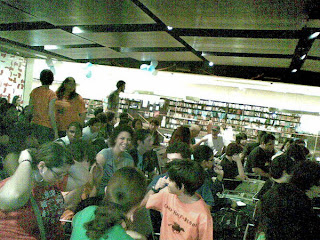 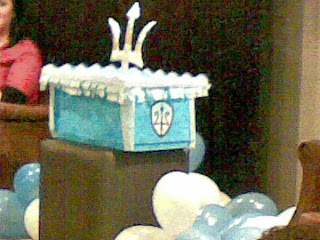 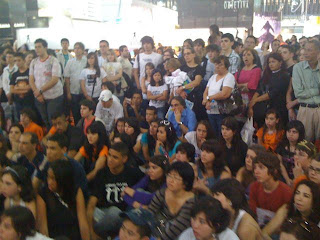 The Last Olympian was recently released in Brazil to coincide with Percy Jackson’s birthday, August 18. Thanks to my Brazilian publisher Intrinseca for sharing the pictures above, showing some of the many parties at bookstores around the country for the release. I particularly like the blue birthday cake for Percy!

It’s been such an honor seeing the Percy Jackson series translated into so many languages and reaching so many kids around the world. Certainly, my fans in Brazil have been among the most enthusiastic. I understand The Last Olympian debuted at #1 on Brazil’s VEJA best-seller list. Wow!
Thanks to all you readers in Brazil. I’m sorry I couldn’t be with you in person for the release, but I’m hard at work writing the next series. And don’t worry, they will be published in Brazil as soon as possible!