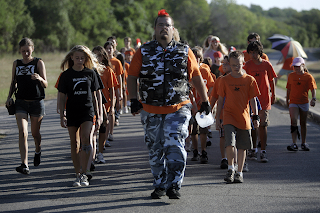 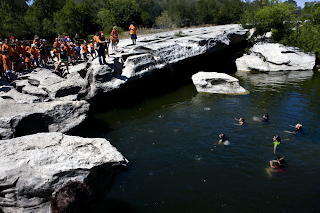 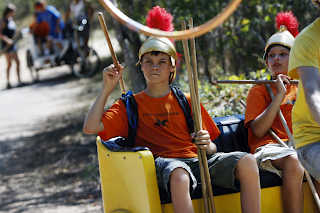 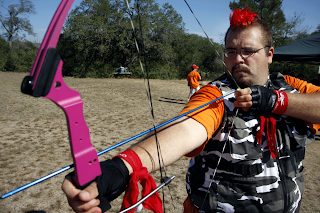 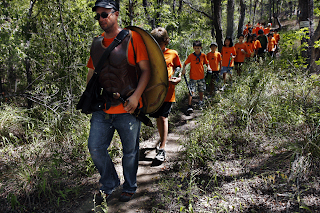 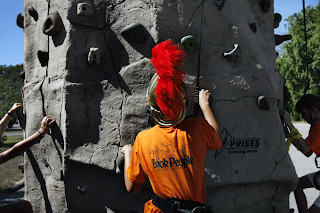 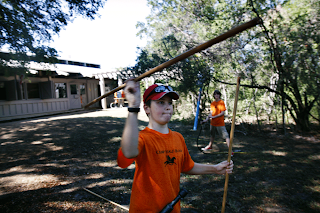 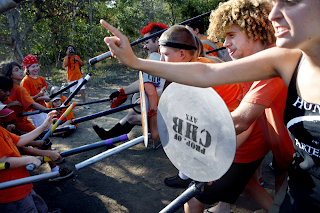 Greetings from cool and rainy San Antonio. After three brutal months of dry heat, it’s nice to have a wet cold spell – well, in the 70s, which qualifies as fall weather for us.

Above are some pictures from BookPeople’s Camp Half-Blood Austin 2009. Thank you to Topher for sending them, and to Kyle Kurlick, who took the photos and gave us permission to post them. From all reports, the camp was amazing this year and every session was sold out. The campers went up against a nefarious group of villains known as the League of Machines and Monsters. The Austin branch shared information by Skyping with the branches in Wichita Falls and Decatur. Pretty cool! It takes a huge amount of time and energy to plan and run a camp. Once again, I raise my sword in salute to Topher and all the other counselors for doing so much to make the summer memorable for young demigods.

In other news, it’s been a busy few weeks, as I’ve started work on the next Camp Half-Blood series. Can’t give you any details yet, I’m afraid. I appreciate all the suggestions people have sent, but the series is already all planned out and the first manuscript is off to a good start. Hopefully, the book will be published next winter, 2010. Stay tuned for more details!