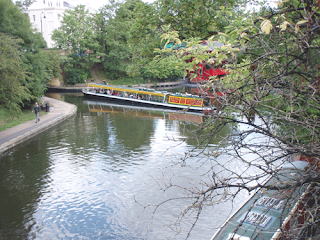 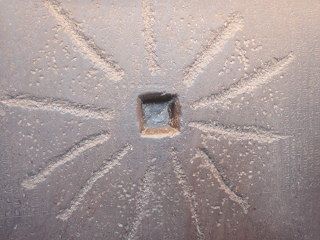 And so we began our pilgrimage to Greece, land of the Olympian gods!

We arrived in London early Tuesday morning and checked into our hotel on Grosvenor Square. We were pretty wiped out from jet lag, but we braved the Underground to visit the British Museum. I can’t be too specific, but there are reasons I needed to see it again for my upcoming book. We spent some time perusing the Egyptian art, and came across the stone above, which I had read about. The stone is one of our primary sources for Egyptian mythology. It’s covered with hieroglyphs, but for many years no one knew its value, so it was used as a grindstone in a mill. That’s what the square hole is in the middle and the marks around it. Much of the writing was wiped out. Who knows how many stories we would have if the whole stone were intact? Anyway, we saw the Rosetta Stone and many many pictures of the gods – Bast, Sekhmet, Anubis, and the rest of the gang. Then we took a stroll along Bond Street, got some dinner, and called it an early night.

Day two, Wednesday, we took the Tube to Camden Town, which is a cool, funky area of London. It reminds me strongly of Berkeley, CA. I felt like I was walking down Telegraph Avenue again. We saw the Camden Locks, where the canal begins, then walked to the London Zoo. Our favorite exhibit was the gorilla world. One gorilla was working on making something out of bamboo – perhaps a weapon. We figured in a few thousand years, he’ll figure it out and stage a revolution.

In the afternoon, we headed to the South Bank to see the London Eye and Big Ben (which the kids knew mostly from watching Doctor Who). Haley and Patrick’s favorite part was the arcade at Namco Station, of course. You can see a picture of Becky and Patrick at the River Thames. Becky was just able to hold down Patrick long enough to take one picture.

On Thursday, we said goodbye to London and boarded our plane for Venice!