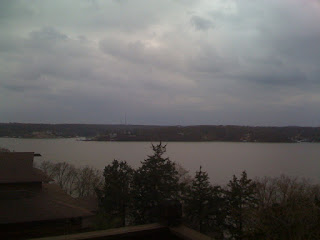 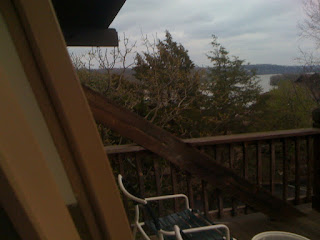 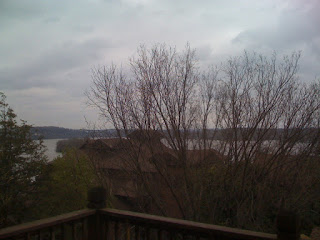 I’m writing from the Lake of the Ozarks in the middle of Missouri. Here for a librarians’ conference because The Lightning Thief won the state’s Mark Twain Award last year. Tonight the librarians and a seventh grade presenter will give me the award. A great honor, especially named after Twain, who is my literary hero. One of my favorite quotes: “A classic is a book everyone wants to have read, but no one wants to read.” I hope the award is not a life-sized replica of Huck’s raft. I have a small suitcase.

At any rate, the state librarians’ association booked this enormous room for me. Seriously, it’s more square footage than my house. It has a balcony looking over the lake, so there are worse places to spend a morning writing. Today I’ll do a couple of signings, a workshop, and the banquet. Then tomorrow it’s back home (for a short time) before heading to D.C. and PA. More on that later.

The tour for The Last Olympian begins in two weeks. It probably would’ve been smart for me to stay home and rest before my marathon, but oh well! Working on my new book as time allows, and having a huge amount of fun with it. Bursting to tell you what it’s about, but I can’t yet. Stay tuned.

I finished Robert Muchamore’s The Recruit and enjoyed it a lot. Fast read with plenty of action and interesting characters, a la Alex Rider. It is labeled “Not Suitable for Younger Readers” on the back. It does have some underage drinking, gritty situations, a little cursing (but not much) and of course violence appropriate to a spy novel. Certainly it’s nothing that would shock the average middle schooler. I’d recommend it for grades 7-9.

Now I’m on to Brandon Mull’s Fablehaven. Again, I’m late to the party on this, since book four just came out, but it’s great stuff. The story moves right along. He does a masterful job building suspense, unfolding mysteries and making the reader care about the characters. The housekeeper is a particularly great character, but I won’t spoil it for you by saying more. Anyway, check it out if you haven’t yet.

And now, back to watching the sun come up over the lake. It’s a tough job, but somebody… etc.