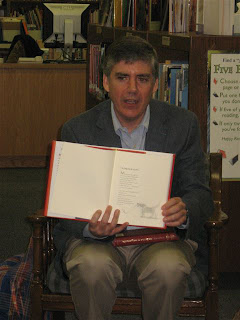 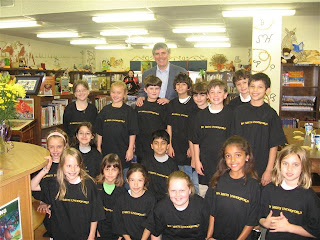 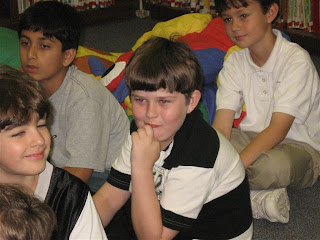 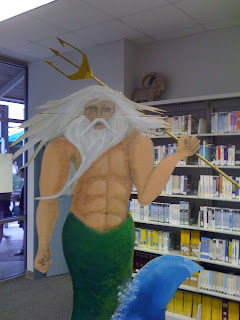 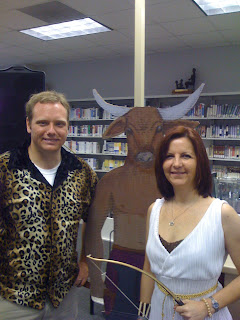 It’s only Wednesday, but it’s already been a busy week! On Monday, the new Percy Jackson website launched. If you haven’t checked it out yet and signed up to win the trip to Camp Half-Blood, please do!

Also this week, The Lightning Thief continued its amazing sweep of state readers’ choice awards. The Mark Twain Award in Missouri was just announced, and Lightning Thief was the winner for grades 6-8. It also won the Sequoyah Award YA in Oklahoma, the Grand Canyon Readers Award (tween category) in Arizona, and the Sunshine State Readers Award for grades 6-8 in Florida. I double-checked that these are all now posted on their respective websites, so I don’t think I’m spoiling any surprises! Lightning Thief has already won state awards in Connecticut, South Carolina, Massachusetts, Maine, Utah, Hawaii, and Louisiana and is on the nomination list for several more. (Forgive me if I’ve missed one!) That’s eleven different state awards and counting. Wow. Thanks to all the young readers who voted. As I often say, these awards mean a lot to me, because they are voted on by the people who matter most — the kids themselves.

In other news, I visited Awty International School in Houston yesterday. It was the first time I’d signed as many French Percy Jackson books as I did English! The kids, from grades 4-8, were terrific and very knowledgeable about Greek mythology. Thanks to the eighth grade art class for creating life-size cutouts of mythological characters, and to Lucas and Diana in the middle school library for organizing the visit. As you can see, they dressed up as Dionysus and Artemis in honor of the occasion. Love the leopard-skin shirt, dude!

Today, I got a special treat. I visited my son Patrick’s third grade class as their ‘mystery reader’ at Saint Mary’s Hall. My theme was dogs. We talked about our pet dogs. Then I read a poem from Jack Prelutsky’s new book My Dog May be a Genius, followed by a short section from Battle of the Labyrinth in which Percy meets a very special hellhound, Mrs. O’Leary. I brought t-shirts for all the kids, but I think they were more impressed with the juice and sugar cookies! That’s my son Patrick in the center in the striped shirt.

This weekend I’m off to Los Angeles. I hope I’ll see some of you at the L.A. Festival of Books. Happy reading!