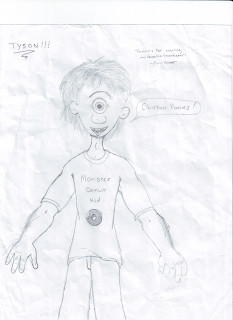 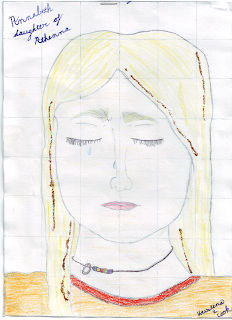 Thanks to everyone who came out on Monday night for my signing in Plano. It was quite a blowout event. The manager told me we had over 600 people, and judging from my sore signing hand, I believe him! They smuggled me in the side door, behind the bookcases, and I saw a crowd of about fifty kids sitting there waiting. I thought, “Oh, this is a nice intimate crowd.” Then I realized that was only the small left wing of the crowd. I turned the corner saw the main crowd, which completely filled the rest of the store. Yikes!
I did a reading from Battle of the Labyrinth, took questions and gave out T-shirts, and then the signing began. Thanks to the people in the back, who waited so patiently, especially on a school night. We were all a little bleary-eyed toward the end of the third hour, but it was great to meet everyone.
The store staff did a super job with activities for the kids. Special kudos to Julie the community relations manager, who spearheaded the event and even dressed as Hera! She provided paper plates and markers to make Greek shields — an easy, inexpensive craft project! We also had face-painting, and I met quite a few Cyclopes in the line, along with dozens of Annabeths and Percys and even a few Medusas.
I always get handed cool stuff as people come through the line. Thanks to Emilie, who made the Tyson picture above, and Kristena, for her portrait of Annabeth. Christopher R., in the third grade, also brought me a copy of his very first book report, which he did on the Lightning Thief.
I slept like a rock Monday night, and I hope I was coherent when I visited Greenhill School the following morning! Until next time, DFW demigods, stay alert for monsters and keep reading.
Next up for me: a return to very familiar territory. Tomorrow I’ll do a public event at Saint Mary’s Hall, where I used to teach, here in San Antonio. It’s during the middle of the day, but it’s free and open to everyone, so if you’d like to come by, please do!